The statue, tucked away in a corner by Cumberland Wharf on the Thames Path, is one of Rotherhithe's hidden gems 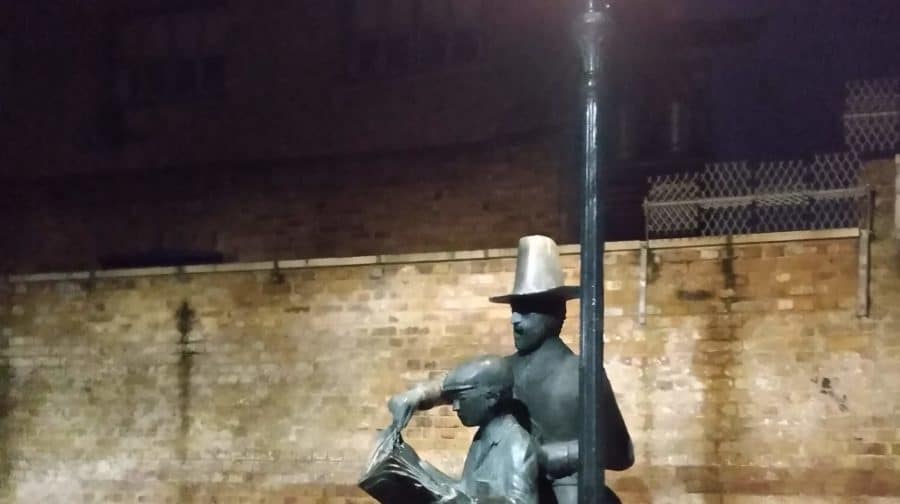 The restored Pilgrim Statue with its new lamp

Rotherhithe’s Pilgrim Statue is back to its former glory in time for next year’s 400th anniversary of the Mayflower’s voyage to America.

The statue, tucked away in a corner by Cumberland Wharf on the Thames Path, is one of Rotherhithe’s hidden gems.

It depicts a docklands lad reading a comic filled with pictures of America; railroads, skyscrapers, spacecraft, cowboys and Mickey Mouse. Behind him, looking over his shoulder, is the ghost of a pilgrim, amazed at what has become of the New World since landing on its shores from the Mayflower shop in 1620.

The statue, created by south London artist Peter McLean, was commissioned in 1991 as part of the Docklands redevelopment scheme.

But over the years it had lost its shine with its information board becoming illegible and its lamp post losing its lamp.

Resident Sheila Taylor, who has lived in Rotherhithe for 20 years, said walking past the statue and seeing its sorry condition upset her so much she appealed for the council to help.

In 2017, a new information board was put in place and, last Saturday, the sculptor and around 50 residents applauded as a new lamp was switched on for the first time by Mike Tobin OBE, an entrepreneur and philanthropist.

“The celebration concluded with everyone singing John Bunyan’s pilgrim hymn He Who Would Valiant Be,” Sheila told the News.

“So the statue is now back to its original state – just in time for the Mayflower 400 anniversary in 2020!”

News readers may also have noticed that the docklands lad also features on the masthead of our paper.