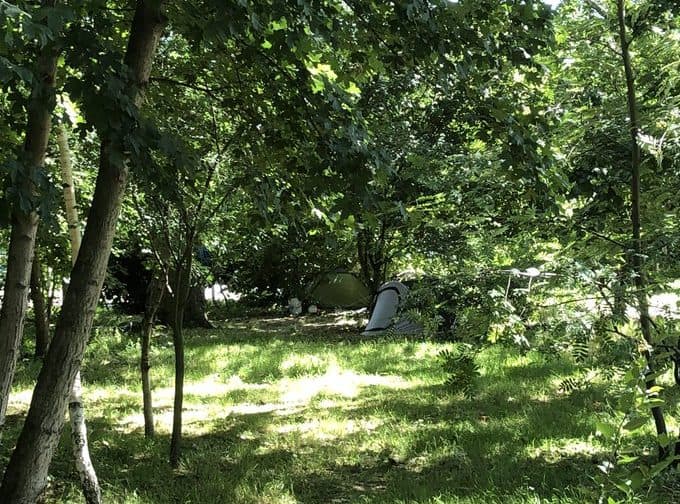 Rough sleepers who bedded down in Geraldine Mary Harmsworth Park this winter have finally been given shelter in time for Christmas.

Last week, The Met confirmed all the homeless people who had been living in tents outside the Imperial War Museum had been moved into appropriate accommodation.

The News understands the makeshift homes had been in place for several months.

As we reported in November, residents were growing increasingly frustrated at the situation, concerned for the welfare of those living in the encampment, and worried about reported anti-social behaviour, including drinking and drug taking, near kids’ play areas.

Police officers and Southwark Council had been working closely with homeless charities, including St Mungo’s to help the rough sleepers. All have now been moved into permanent accommodation either in shelters or supported living homes depending on their individual needs.

Councillor Kieron Williams, cabinet member for housing management and modernisation, told the News: “It’s not right that anyone should have to sleep rough, particularly when they have an increased risk to their health in cold weather, our officers have visited all those who were in this situation, to provide them with the help they need and they have all been given support to get a home. We will closely monitor this issue and we have already received a positive response from the community living nearby.”

Local Lib Dem councillors Maria Linforth-Hall and Graham Neale who had lobbied for urgent intervention to stop tensions from escalating, said the site had now also been secured to prevent more encampments from springing up.

In a joint statement they thanked the police and council team for their work, described the outcome as a ‘great win for everyone in Saint George’s ward’. “We’re really pleased that the park is a safe place for us all, but also that we can be sure that this Christmas the people who were sleeping rough will have somewhere safe to sleep.”