21 men and women have been arrested since June 4 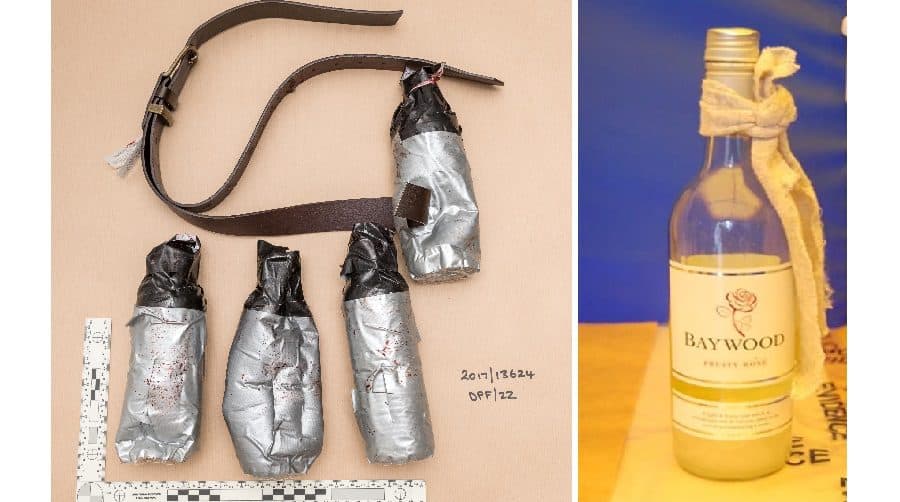 Scotland Yard has arrested a total of 21 men and woman in connection with the June 3 London Bridge attack, and released photos of the terrorists’ weapons and van.

Counter terrorism officers have spoken to more 260 people from nineteen countries. Of these, 78 were “significant witnesses”.

The most recent raid, on June 11, saw the Met’s Counter Terrorism Command, supported by the Territorial Support Group, arrest a nineteen-year-old man at an address in Barking.

Six more men remain in police custody under Terrorism legislation. They include:

A 33-year-old man was released on bail until a date in late June, after he was arrested on a street in Ilford on suspicion of firearms offences, and possession with intent to supply controlled drugs.

Five men and seven women, who were all arrested on June 4 from addresses in Barking, and were released without charge.

On June 10 police released photos of one of the “distinctive” twelve-inch pink ceramic knives used by the three dead attackers: Khuram Shazad Butt, Rachid Redouane and Youssef Zaghba. The Met confirmed on June 13 that officers had located the shop from which the terrorists had bought the knives.

On June 11 the Met released photos of the fake explosives, made from plastic bottles, worn by the terrorists.

Commander Dean Haydon, who is leading the investigation, said: “Anyone who saw [the fake explosives] on the night would have thought they were genuine… It makes the bravery of those police officers and members of the public who tackled the terrorists even more remarkable.”

Photos were also released of the terrorists’ white Renault van (registration HN66 TKX). A stash of Molotov cocktails and two blow torches were found inside, as well as bags of gravel and office chairs, which police believe could have been planned for use as a cover story, if the van had been stopped.

Police hunting for information on the whereabouts of the van before the attack. Anyone with information can call the police in confidence on 0800 789 321 or visit gov.uk/ACT and complete a secure form.