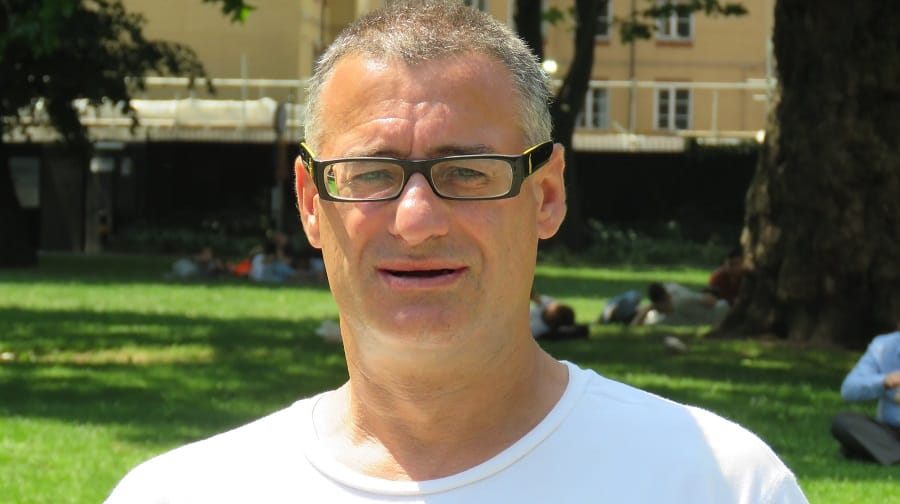 Mr Larner made headlines around the world when he charged the terrorists during June 2017’s attack, roaring: “F**k you, I’m Millwall.”

Croydon Magistrates’ Court dismissed the allegations against the ‘Lion of London Bridge’ on Friday morning after the prosecution’s only witness failed to arrive and give evidence against him.

The 50-year-old, living in Peckham, had been accused of racially abusing a member of staff at Maudsley Hospital in July last year. He denied the two charges.

“There’s one witness we hoped to call. She’s a health service professional at the Maudsley Hospital,” said a representative of the crown prosecution service.

“She confirmed her attendance on 28th February… thus far there is no response. I can’t proceed without her, so I must ask the court for an adjournment.”

This adjournment was rejected and charges dismissed after Mr Larner’s counsel successfully argued that the case was not in the public interest, and the trial should have been heard sooner. “This is a case where the crown has put forward one witness. It’s one person’s word against another, that’s what we’re dealing with,” said Ms Engineer of Carlson Kane solicitors in defence.

“That’s why without this witness the prosecution said they cannot continue. Mr Larner is a victim of the 2017 London Bridge terror attack, having been stabbed seven or eight times in the head.

“He has never received proper psychological treatment after the attack. This case is not in the public interest.”

The defence also argued that an adjournment might mean the trial could be heard as late as a year on from the alleged incident, meaning memories could not be fully relied on.

“My client is not a well man, I don’t seek to play on that at all. But for all of those reasons, I urge you not to grant this adjournment,” she said.

“It’s a serious offence… however we understand that the witness was properly warned,” the judge ruled.

Turning to the dock, he added: “Mr Larner, I think you have understood that the prosecution does not have a witness.

“The prosecution is not offering any evidence and we are dismissing this case.”