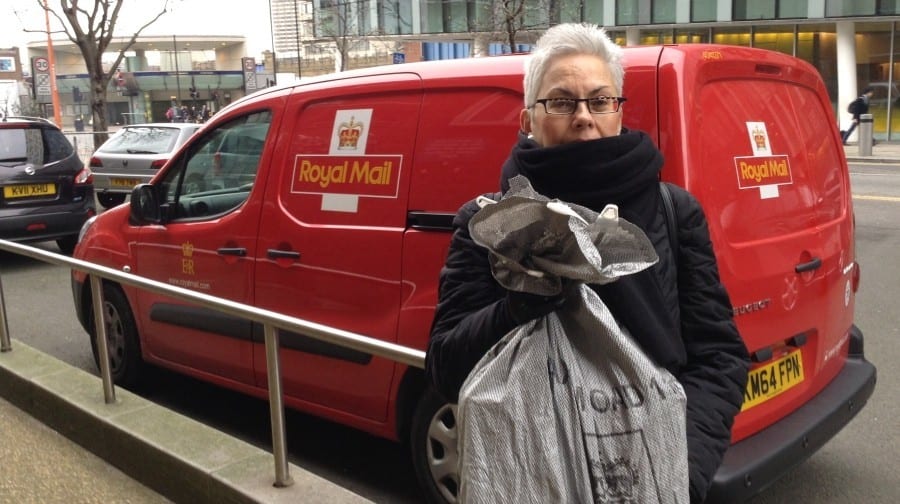 After nine months of refusing to deliver post unless chaperoned by a 69-year-old councillor, the Royal Mail has finally resumed normal service at Rowland Hill House.

The postal service withdrew its service after a postie was allegedly attacked by a tenant of the Nelson Square block in Borough last year. No charges were made due to a lack of evidence.

Royal Mail only resumed a limited service when Cathedrals ward councillor Maria Linforth-Hall (pictured) offered to step-in as a bodyguard.

She accompanied delivery staff for three deliveries a week, while two other elderly tenants remained at the delivery van as added protection.

The News first revealed the situation in January, and the story then came to the attention of the national press.

The situation finally ended this week when the Royal Mail began six-day-per-week services without protection.

She said: “I am delighted and relieved that the Royal Mail has finally brought an end to this ridiculous situation where pensioners had to escort the postman.

“It was totally unfair that all the residents in Rowland Hill House were being punished because the Labour council and Royal Mail were just blaming each other. It is unbelievable that it took nine months and national press coverage to get this sorted. There should have been stronger action from the council to get the post delivered every day again.  The council should be sticking up for and protecting its residents, not letting a couple of pensioners do their job for them.”

A Royal Mail spokesman said: “Royal Mail can confirm it is resuming its regular six day a week service to residents at Rowland Hill House, SE1 from Monday 23 March.

“We apologise to customers for any inconvenience caused as a result of our reduced service in recent months, however the safety of our people whilst out on delivery is paramount. We will continue to monitor the situation closely.”