The charity’s coordinator, Pauline Nandoo, said that the Elephant and Castle and Peckham based charity was struggling to cope after losing £40,000 of council funding in April 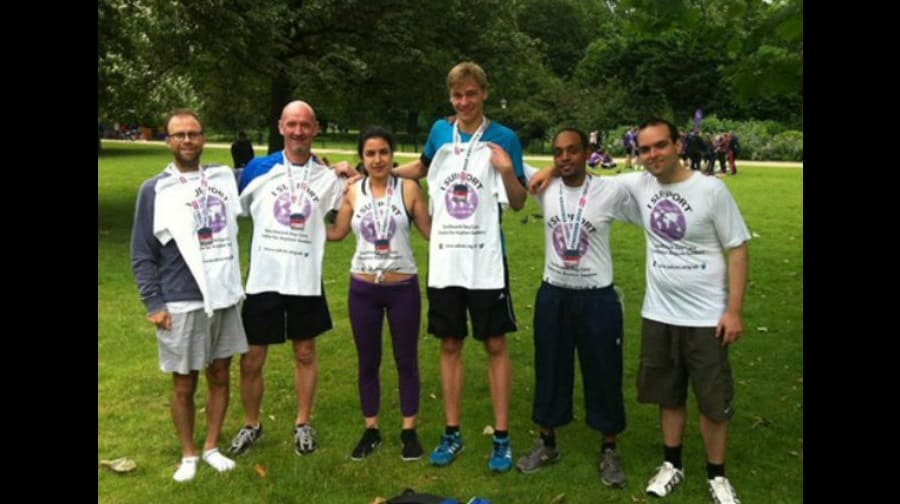 Volunteers from the Southwark Day Centre for Asylum Seekers have thanked donors after raising £3,000 to keep the charity afloat.

The News reported in June on how six of the day centre team would take part in the London Vitality 10k Run, which took place on July 10.

The charity’s coordinator, Pauline Nandoo, said that the Elephant and Castle and Peckham based charity was struggling to cope after losing £40,000 of council funding in April.

“We lost £30,000 from Southwark Council after they cut spending on youth services earlier in the year. Then we lost £8,000 from the Community Choice Programme,” Pauline said.

The Day centre offers a food bank, Citizens Advice drop-in service, nurse visits, English lessons, and parenting support from its three centres in Copleston Road, New Kent Road, and Peckham Park Road. One of the volunteers who took part, Jonas Wesfendorf, said: “We depend on donations and we work with other charities. For example Fair Share collect food for our food bank and we get donations of food from supermarkets. We’re now looking for new donors who can help us, but it is proving difficult.”

Cathedrals ward Liberal Democrat councillor, David Noakes, who also took part in the run, said: “I’d like to thank everyone who sponsored me to run this 10k race.

“The work that the Southwark Day Centre for Asylum Seekers does is invaluable and has never been in such demand. Unfortunately though, the charity has lost some of its grants this year from the council as a result of cuts imposed on local government.”

Visit justgiving.com and search ‘SDCAS’s runners 2016’ to donate on their fundraising parade.