‘He was my special baby’: Heart-broken mother pays emotional tribute to son, 20, who tragically fell to death from Bermondsey flats 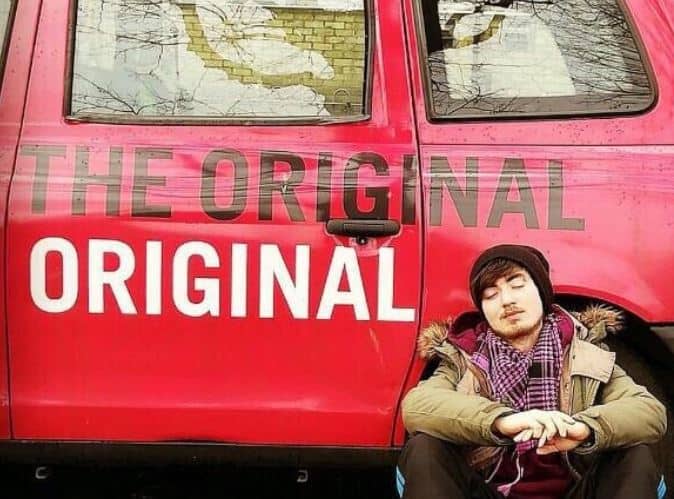 Ryan O'Donnell, 20, has been remembered by friends as a generous, free-loving spirit (Image: GoFundMe)

The mother of a 20-year-old man who tragically fell to his death paid a heart-breaking tribute to her son as a ‘beautiful free-loving spirit’.

Speaking to the News from the family home on Bermondsey’s Manor Estate, Pam O’Donnell spoke of her only child as an adventurous young man who loved climbing and cared deeply for everyone around him.

Friends and family believe that the keen climber may have been attempting to jump for a nearby tree in the moments prior to his untimely death; falling from flats at nearby Marden Square, Bermondsey, in the early hours of a Friday morning two weeks ago.

Signs of popular Ryan O’Donnell are in abundance in the home where he had lived since he was three with Pam and fourteen-year-old Staffie, Tigger, whom he called his ‘brother’.

There are roller-skates propped up against the wall in the hallway – roller-skating was one of his many hobbies – and a row of photos on display in the living room.

One shows him as a new-born in Pam’s arms and another as an innocent, grinning school pupil at nearby Galleywall Primary and later at City of London Academy. ‘Free-spirited’ Ryan lived at the family home in Bermondsey’s Manor Estate with mum Pam and his beloved dog, Tigger

Being a climber, and having taken magic mushrooms for the first time appears to have been the tragic fatal combination.

“I won’t take away the beautiful person he was, because he was. He just loved everyone so much,” says devoted Pam.

“He was too nice to be in this world. He had such a pure heart.

“But I want everyone to know because – it’s not a bad thing, he was only trying to get a different experience, but the fact is that it’s just as dangerous as any other Class A drug.

“He did take that and he must’ve thought he could jump off a building and do what he could do. But he couldn’t, because it killed him.”

Ryan’s body lay underneath a forensic tent for most of Friday morning, May 10, on Drummond Road, as police tried to establish the cause of death.

But for his loving mum Pam the horrendous news was made all the worse as she says that it wasn’t until 10.15pm the following night she was told by local police officers, who came and found her seventy miles away in Portsmouth. “They couldn’t tell me how he died,” she said.

“All they could say was ‘Sorry to tell you your son’s dead’.

“They said they didn’t know, we have just been told to come and tell you that he’s dead.

“What a horrible way to be told. I didn’t know if someone stabbed him, if he had an accident, I just didn’t know.

“It wasn’t the police officers’ fault, it was two young girls. I said: ‘I’m so sorry you’ve got and come and tell me this news.’

Through tears Pam added: “I’m devastated because he absolutely adored me.

“How lucky is that?

“Most kids hate their parents and I had a kid who loved his parent.”

Pam had never expected to have any children she says, calling Ryan her “special baby.”

After he was born she got a tattoo of a cat on her right arm – “Ryan absolutely adored animals”, she says – with his name and birthday, 20.1.1999, underneath.

He had always been something special, even when growing up, Pam tells the News.

“He wasn’t your run-of-the-mill kid, he was a bit different,” she says.

“He went to Judo, circus club, used to make little men and paint them, like little warriors, he liked all of those.”

Once he even borrowed a pair of leggings from a family friend because he liked the bright colours, says Pam, smiling.

.He would play football, basketball, climb and cycle for hours on the Manor Estate playground, where Pam would keep an eye out from their balcony.

“I was able to watch out for him, make sure he was alright. I’m a worrier, but all the time he used to tell me ‘don’t worry, mum, don’t worry,’” she says.

In turn, he would look out for other kids on the estate, too.

“He wouldn’t let any other kids get bullied. He’d be there, he’d step in and help them out,” Pam adds.

“He grew up to be such a beautiful person.”

She said there are millions of fond memories, far too many to list. Loved ones have paid tribute to Ryan as deeply spiritual, creative, vegan and a Buddhist

One time Pam remembers when he was aged about fourteen, he somehow managed to bring home a big park bench, sodden with rain.

But other collections Pam let him keep – stones, crystals and “lots of little things.” He was a Buddhist, deeply spiritual, creative and a vegan.

“He had a little sparkle. Everyone that met him loved him,” says Pam. “If he saw an underdog, he was there for them. He hated other people’s negativity.”

The talented musician had been working part-time in a cloakroom at Oval Space, a club, while studying Music Production at Morley College in Lambeth prior to passing away.

Alongside friends and his girlfriend Eevee, he planned to do anything creative – music, art – which would bring people together, his loved ones tell the paper. He had already begun to write his own music, and raps, too.

A fundraiser set up in popular Ryan’s memory by life-long friend, Maurizio, who grew up on the Manor Estate with him, has reached nearly £6,000, with over one hundred friends donating.

“It’s [the fundraiser] paying for the funeral,” says Pam.

When Ryan last visited Pam six weeks ago, he brought with him three gifts, she says.

The first was a miniature goat figurine, because he said ‘Mum you just go on about goats all the time,’ Pam smiles.

The second was a stone, painted by his girlfriend of seven months, Eevee.

And the third, a little Buddha, to watch over and protect her. “He said, ‘I want you to have these things,’” Pam says. “I’ve kept them, and I’ve got them all.”