Rye Lane ‘back to normal’ by June 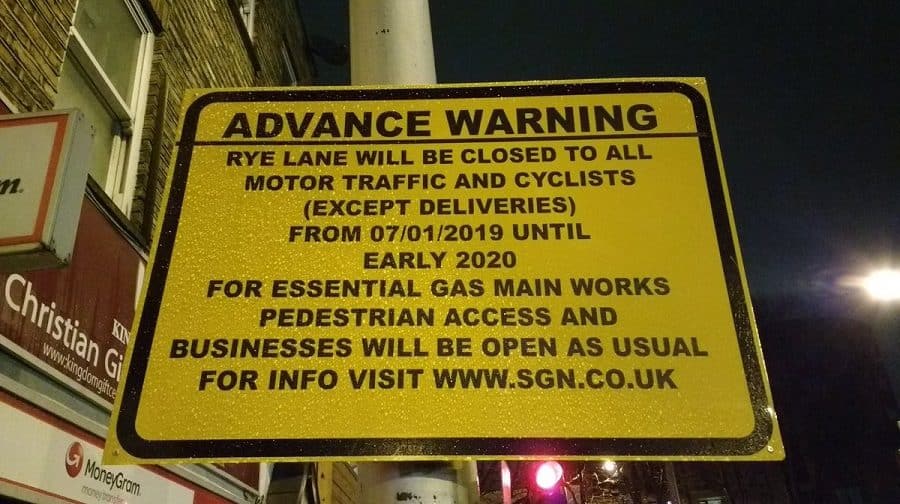 Gas mains engineering work on Rye Lane may be completed as early as next month as the final stage of work begins.

SGN said the company has now put 97 per cent of its new plastic piping down to replace old the metal mains.

The sixth and final phase of the project, originally expected to last until January 2020, started on Tuesday.

This section of the project sees engineers working between Choumert Road and Sternhall Lane, with Rye Lane closed to traffic between Hanover Park and Sternhall Lane. The road will stay open to pedestrians as usual.

A diversion is in place via Hanover Park and Consort Road, with temporary three-way traffic lights placed at the junction with Copeland Road.

During peak times, these will be manually operated.  In a statement sent to the News, a SGN spokesperson said: “We expect to complete our work in Rye Lane by mid-June. “

Southwark NewsNewsRye Lane ‘back to normal’ by June