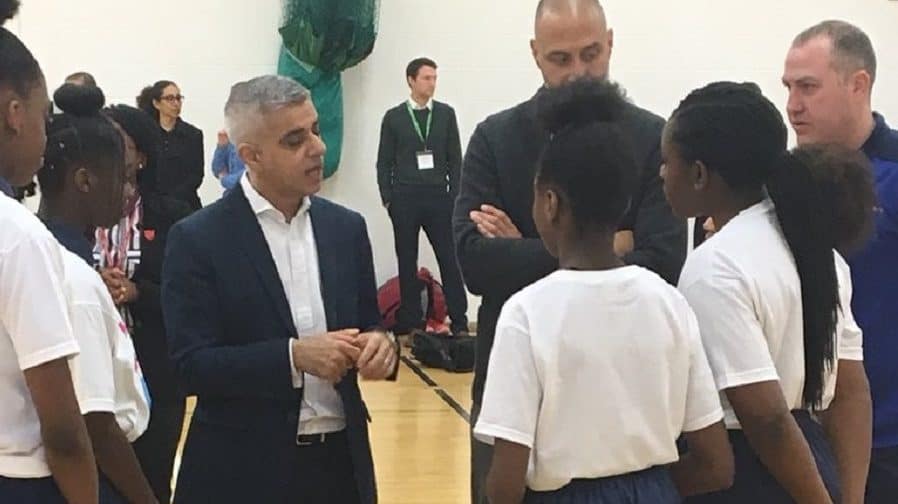 At his morning visit, the London Mayor announced he had joined forces with Comic Relief to set up a new programme, Sport Unites.

Sport Unites will help children and young people, especially those from disadvantaged backgrounds, get active and integrate with their wider community.

Netball 4 Change is also believed to be one of the first sports programmes to address social media use and safety online as well as getting kids into sport.

The mayor spoke to pupils about their experience of social media and watched the Netball team in action.

Sadiq Khan said: “I am passionate about grassroots sport and we must harness its unique power to bring people together and to break down barriers.

“Sport can help strengthen social ties and has a long history of tackling discrimination and promoting equality, respect and justice.

“Sport Unites will use sport to improve social integration in our great city and I’m delighted to be working closely with Comic Relief on the London Together Fund to help increase cohesion in our communities and increase opportunities for all.”