MP calls for TfL to look into safety of junction 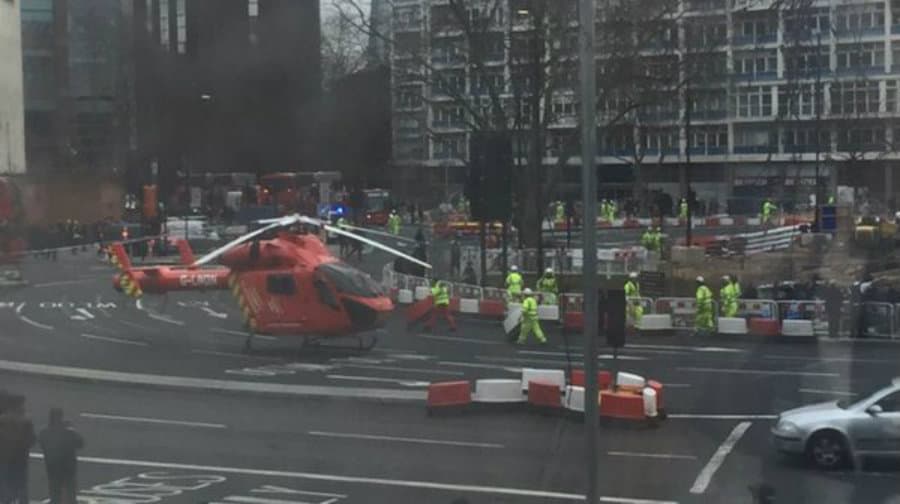 An MP has demanded an urgent safety review at the borough’s most notorious junction after an elderly woman was killed crossing the road on Friday.

An 86-year-old woman, who has not yet been named, was in collision with a lorry where New Kent Road meets the Elephant and Castle roundabout.

London’s Air Ambulance landed on the junction but the woman could not be saved and she was pronounced dead at the scene.

Her next of kin have been informed and a post-mortem will take place on Tuesday at St Thomas’s Hospital.

Neil Coyle, MP for Bermondsey and Old Southwark, said he had  raised concerns with Transport for London back in December about the road markings, crossings and temporary layout at the junction.

“I only received a reply the same day as the awful accident and death,” said Mr Coyle, who has demanded an urgent safety review after the fatality on Friday.

“I’ve had multiple complaints about the safety of this site for pedestrians and cyclists,” said Mr Coyle. “I have demanded an urgent review of the safety arrangements and TfL have agreed to let me know the findings as soon as the police investigation is concluded.”

A police investigation into the incident is now underway and officers are appealing for any witnesses to come forward.

The 52-year-old driver of the lorry stopped at the scene and was arrested on suspicion of causing death by dangerous driving. He has since been bailed to a date in early May pending further enquiries.

Nick Fairholme, Director of Projects and Programmes at TfL, said: “Our sympathy goes out to the friends and family of the pedestrian who tragically died at Elephant and Castle on Friday afternoon. We will work closely with the police and emergency services to investigate the incident.

“The transformation of the northern roundabout is close to completion with the Highway Works on-track to complete by April. Improvements are already being realised and when finished it will make Elephant and Castle a safer and more accessible area for pedestrians and cyclists, with the return of two-way traffic improving traffic flow.”

Anyone with information is asked to contact Serious Collision Investigation Unit at Catford Traffic Garage on 0208-285-1574 or Crimestoppers anonymously on 0800-555-111.

Two angry bikers have called for the Elephant and Castle roundabout to be reinstated as daily traffic “chaos” builds up on their doorstep.

Penny and Clive Alexander have lived in John Maurice Close just off the New Kent Road since 1994 and say they have never seen the traffic as bad as since TfL started ripping out the roundabout.

“Traffic is backing up to the A2, down to Croydon and down Albany Road,” said Clive, 57, who also runs a business from home with wife Penny, which has suffered after delivery drivers have been unable to reach them with their clients’ orders.

“You can’t just take out a roundabout and expect everything to be the same,” said Penny, 51. “We want it returned to a functioning junction that flows.”

Nick Fairholme, Director of Projects and Programmes at TfL said the work to the northern roundabout will be completed in April at which point he expects the junction to be “…a safer and more accessible area for pedestrians and cyclists, with the return of two-way traffic improving traffic flow.”