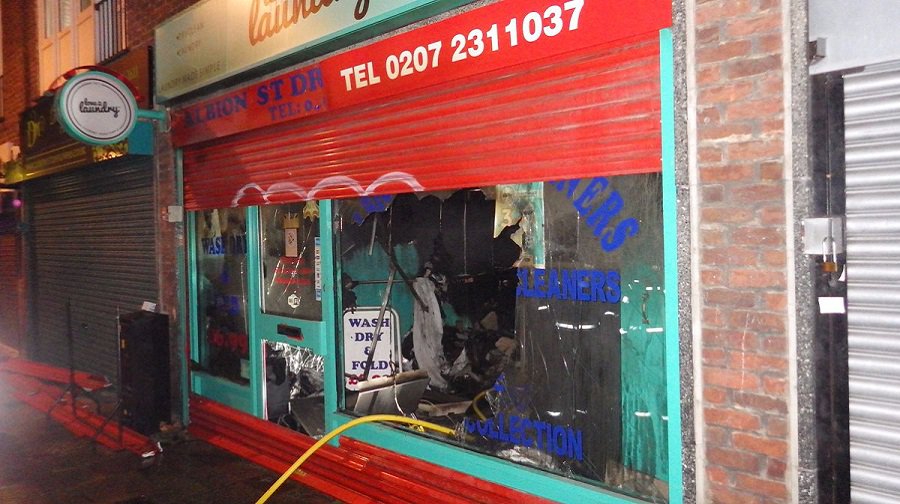 A fire at a Rotherhithe launderette is believed to have been caused by oil-contaminated textiles self-heating (Credit: LFB)

Firefighters have issued a safety reminder after tackling a Rotherhithe launderette blaze, believed to have been caused by oil-contaminated textiles self-heating.

Four fire engines and 21 firefighters and officers were called to the fire at a launderette in Albion Street at 00.35am on Sunday, November 26.

About 30 people were evacuated from flats above the shop by the brigade as a precaution.

“Sometimes when these materials are cleaned, put in tumble dryers, and then folded and stacked, the heat cannot escape, which results in a high enough temperature to smoulder and eventually ignite.

“If you are washing then drying on a hot cycle, always use the cooling cycle on the tumble dryer so it cools down and allows the heat to dissipate properly, before stacking laundered items.”