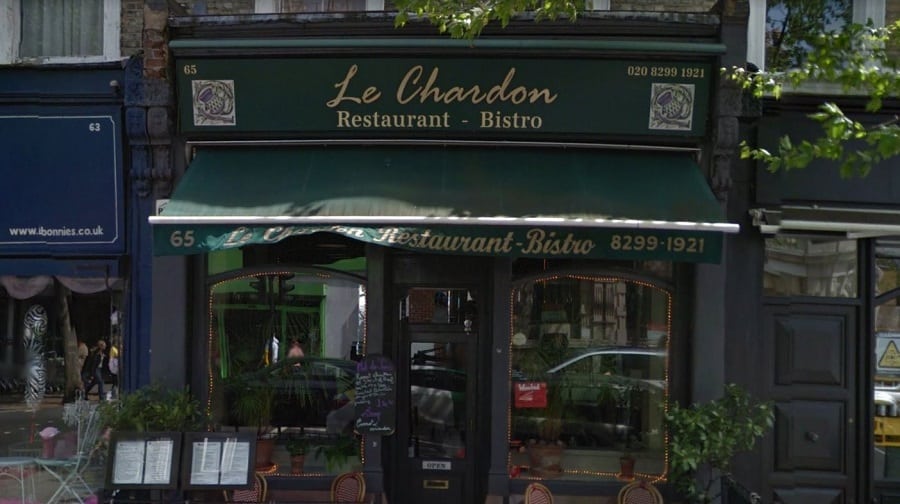 The shop front and ground floor interior of the former David Greig store, in Dulwich, has been listed by Historic England for its surviving features such as decorative tiles made specifically for the grocery chain.

The store at 65 Lordship Lane, which has since been turned into a restaurant, still features tell-tale signs of its earlier life, such as the chain’s thistle logo above the shop front windows and a tiled black and white floor displaying the words ‘David Greig’.

At the time, the Greig grocery chain was a rival to Sainsbury’s, which opened its first grocery shop in Holborn, one year earlier.

The entrepreneurs were initially friends, but rivalry developed between the two families.

The stores were designed to bring together the majority of staple requirements into one single place to save customers time.

They were finished in glazed ceramic tiles, made by H&R Johnson of Stoke-on-Trent, with the chain’s thistle logo – in reference to the Greig family’s Scottish heritage.

By the late 1960s there were more than 220 Greig shops across the south of England but the company was sold in 1972.

The former David Greig shop at 65 Lordship Lane is situated on the ground floor of a building which dates from the later nineteenth century.

The upper floors of the building are not listed.

The external shop sign with gold leaf letters has been relocated inside, and the serving counter has been removed.

The ground floor was turned into a restaurant, with the shop floor acting as a dining room and the area behind the former payment booth fitted out as a kitchen and toilets.

It was most recently home to French restaurant Le Chardon (The Thistle).

The main shop has marble shelves at waist and head height, which run the length of the walls.

For full details of the listing, visit the Historic England website: www.historicengland.org.uk