Samson Kayo makes it in Peckham 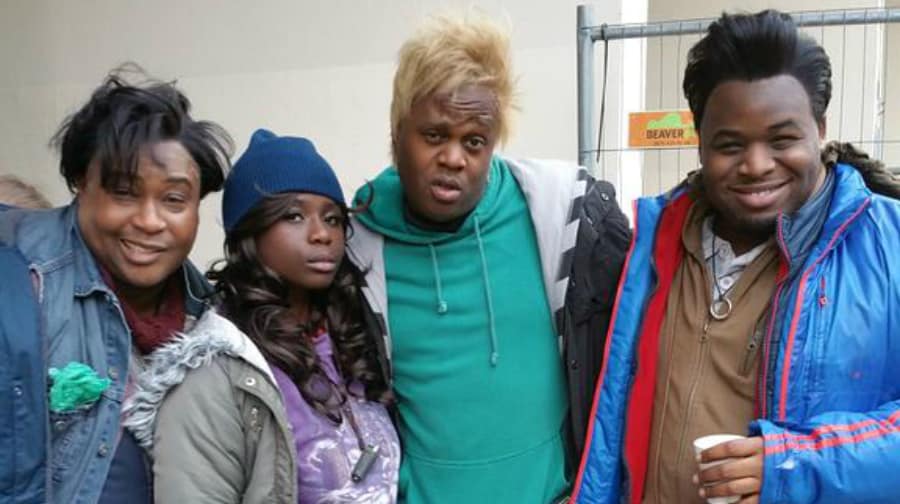 A young man from East Dulwich has hit the big time after co-writing and starring in a new primetime comedy show, including the popular Made in Peckham sketch.

Having honed his acting skills pretending to be Tarzan at the Dog Kennel Hill adventure playground, Samson Kayo came up with the idea of the Made in Chelsea parody with Javone Prince for their new BBC2 sketch show.

The popular skit, filmed around the North Peckham Estate, features Samson and Javone with their two co-stars dressed as “posh tramps” in an exchange which mostly features the phrase “noooo waaaay.”

Samson, the youngest of the cast at 24, told the News his youth was on his side when co-writing the show, as the older producers had never seen Made in Chelsea. “We watch it religiously,” said Samson of his and Javone’s love of the reality TV series. “I said ‘let’s do Made in Peckham – trust me’. To have five posh speaking weirdos in Peckham – it just throws you.”

They wrote and shot four different Made in Peckham sketches but only two have been used in this series, so Samson is hoping the BBC will commission a second series so they can be viewed by the public – who have made their mixed feelings clear to the cast.

“It’s got some good feedback,” said Samson, who added that they have also had some criticism. “We wanted controversy – we wanted people to have a conversation –  that means they’re watching the show.”

The first series was shot over December last year and Samson enjoyed being on his home turf, taking his new colleagues to one of his favourite Nigerian restaurants over the road from where they were based in the Toys R Us on the Old Kent Road.

The Kingsdale School pupil was spotted by a TV producer when he was out with a friend and five years ago decided to dedicate himself to acting. “I fell in love with it,” said Samson after getting a role in the film ‘Drink, Drugs and KFC’. “My heart was set on it and I couldn’t do anything else.”

After auditioning for a part on the Javone Prince Show he was invited to co-write it and is now working with one of the series producers on a secret project.