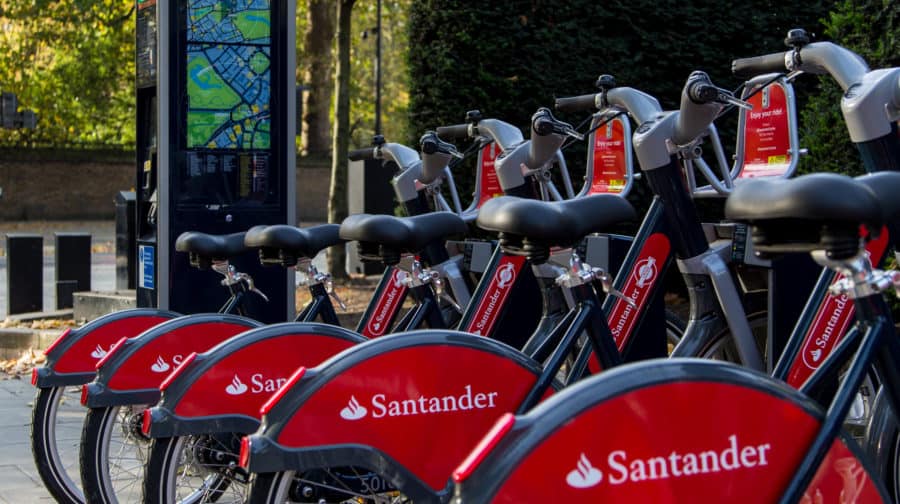 Santander cycles will be coming to Bermondsey and Rotherhithe but the

The Mayor visited the Rotherhithe roundabout this morning to see ongoing work on Cycleway 4, the major project to construct 10km of segregated cycle track from Tower Bridge to Greenwich.

Work on the first sections of the route began in July, with work currently ongoing along Bermondsey’s Tooley Street and Jamaica Road.

It is expected to be finished in April, and motorists have been warned to expect delays in the major thoroughfares while it is ongoing.

He also announced that work on the next section of the route at Deptford’s Creek Road will begin later this year, earlier than the original date of April 2020. CGI of how Jamaica Road may look after the segregated highway project has been completed (Image: TfL)

“I’m delighted that we are bringing forward construction on this latest segregated cycle way so that people can enjoy the benefits of this major new Cycleway route sooner,” said Mr Khan.

“Expanding the Santander Cycles scheme to Bermondsey and Rotherhithe for the first time will provide a further boost for cycling in south east London.”

Docking stations along the Bermondsey and Rotherhithe section of the route will make it easier for people in the borough to begin cycling, said the Mayor.

TfL has a travel website with advice for motorists facing disruption because of the construction which can be found here. A map showing the Cycleway 4 route from Tower Bridge to Greenwich (Image: TfL)

Particular delays should be expected on Tooley Street and Jamaica Road itself, as well as the areas approaching Rotherhithe roundabout from the Tunnel and nearby Lower Road.

When completed, Cycleway 4 will form a continuous segregated cycle route from Tower Bridge to Greenwich.

To late there already here, green yellow, all colours DUMPED

The statement “Santander bikes will be coming to Bermondsey and Rotherhithe, said Mayor Sadiq Khan today” is technically correct but slightly misleading.

This scheme provides for only 5 docking stations along the cycle highway – while this is very welcome, it is nowhere near providing comprehensive coverage across Bermondsey and Rotherhithe – for this we would need 30 – 40 docking stations as shown here http://whythegap.london/new-map/