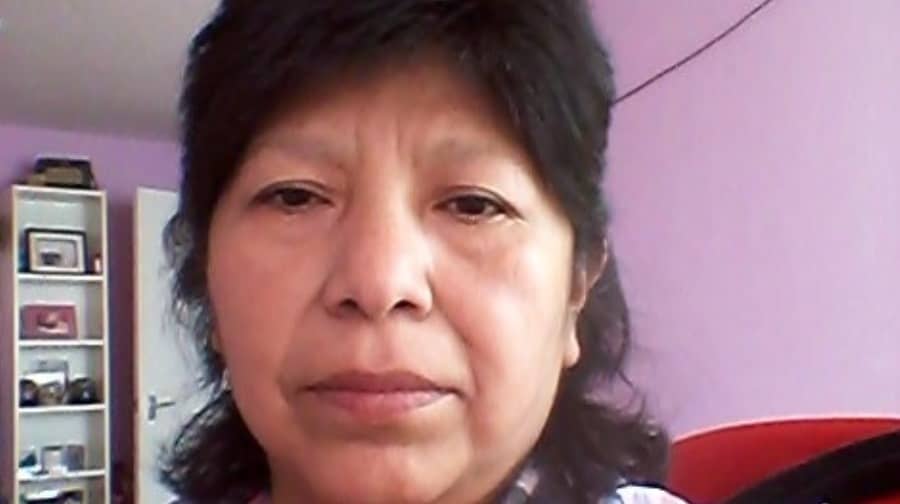 A pint-sized protestor is demanding an apology from Southwark Council after she says she was made to feel like a criminal for campaigning to save her home from demolition.

After a run-in with a security guard stationed outside the Aylesbury Estate, where Victoria Briden has lived for 21 years, the 53-year-old was charged with criminal damage, forcing her to get a solicitor and appear in court.

Following a march to ‘fight for the Aylesbury’ on April 2, Victoria was waiting for some friends in Portland Street when she says a “massive, burly” 6’5 security guard put his phone in her face to take a picture saying ‘I know you’.

Victoria says as she went to brush his hand away from her face, his phone dropped to the floor, at which point a police officer asked if the guard would like to press charges for criminal damage.

Victoria was arrested and taken to Walworth nick where she says she was “treated like a criminal, like I’d killed someone.”

She was acquitted on Thursday last week at Greenwich Magistrate’s Court and is now demanding an apology from Southwark Council who contracted the security firm guarding the estate, earmarked for demolition.

“I felt very intimidated by him. It’s not his job to intimidate people,” she said. “He’s a big guy and I’m this middle-aged, tiny lady.”

In addition to the stress of going through a court case, Victoria is also out of pocket after shelling out close to a grand for legal representation.

“And how much do the tax payers have to pay for this? It’s a waste of time and money,” she said.

Cllr Mark Williams, Southwark’s cabinet member for regeneration and new homes, said: “We were not involved in any court action taken against Ms Briden and can’t speak for the police, who made the arrest.

“We take any complaints against our staff or contractors seriously, if Ms Briden makes a formal complaint we will investigate.”

The fencing and 24-hour security gates erected around half-empty blocks on the Aylesbury came under fire earlier this year from residents who said it made their home feel like a prison. After a review of the security arrangements, Cllr Williams has confirmed that a 24 hour gate will remain by the Chartridge block but says an additional gate is being considered. “We are working through the details and costs of how an additional gate can be opened. Whatever is decided, the council will continue to review the position on a regular basis,” he said.

Campaigners pulled down the fences around the Aylesbury estate following a march on April 2.