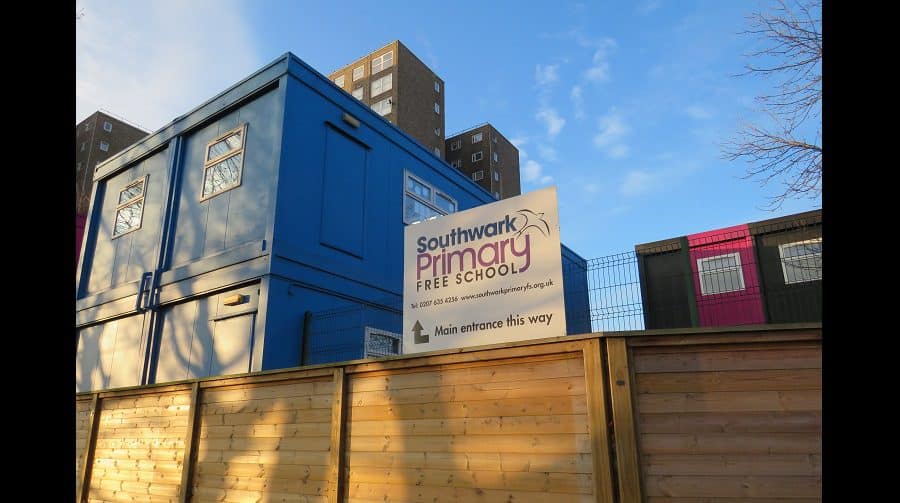 A primary school in Old Kent Road looks all but certain close in February after losing its only staff teacher and attracting only 56 pupils.

The Southwark Free School opened in 2012 with the blessing of former mayor Boris Johnson, but a letter sent to parents last week confirmed the closure.

The school, which was run by the Department for Education rather than Southwark Council, had only fourteen per cent of the 420 available places filled.

One mum told the News outside the school that the closure announcement was “a shock” and came at “very short notice”.

“We only found out last week on Thursday. But the board have been very good, they have helped my son find a place in another school which he is starting in a few days.”

Another mum who did not want to be named said: “My son is in year one and his teacher was really good. She was the last to leave and she left in December because the school wouldn’t offer her a permanent contract.

“We don’t want our kids to split up. Some of us have been crying. The teaching was good, and things were going well until they came back from summer. Then things went downhill.

“I’m lucky, my son was offered a place at Southwark Park Primary School. But we haven’t actually been told when the school will close.”

A Department for Education spokesperson said: “We have agreed in principle to the closure of the school. There will now be a period of two weeks for the public to submit their views before a final decision is made.  Should the school close, we will be work with [Southwark Free School Trust] and the local authority to identify alternative places for students.”

A letter sent to parents from the Southwark Free School’s governors said none of the local academy school chains have been interested in taking it over.

Southwark’s cabinet member for children and schools, councillor Victoria Mills, said: “Our top priority is to help parents find a place at another local school of their choice. We have council staff standing by ready to support families at this worrying time.”

Free schools were a new type of school introduced by the government in 2011, with the distinction of being set up by parents with private sponsors.

“The Government must learn lessons from this free school failure,” Cllr Mills said. “New schools need community support, to be located where there is a demand for places and should be run by outstanding and established educational providers.

“With no option to open our own schools the council will continue to be pragmatic in our approach to free schools.

“We will continue to raise concerns where we think this is not the case.”

The former Liberal Democrat MP for Bermondsey and Old Southwark, Sir Simon Hughes, had been a vocal supporter of opening the free school.

Plans to open the school had been rejected by the council, but it was given planning permission by former mayor Boris Johnson, who overruled the council.

Mr Hughes had received a £5,000 donation from Southwark Metals – a company associated with the school’s developer – which was originally planned to be built in Rotherhithe New Road.

Mr Hughes was then investigated by the Parliamentary Standards Committee, and later apologised for not declaring the donations as a financial interest, although a committee MPs found that he had not broken parliamentary rules with regards to lobbying.

“I take full responsibility for these failures and I apologise unreservedly to the House,” the former MP said on November 7, 2013.

Meanwhile, £1051 per pupil cut from schools that do need the money? You can’t make it up!