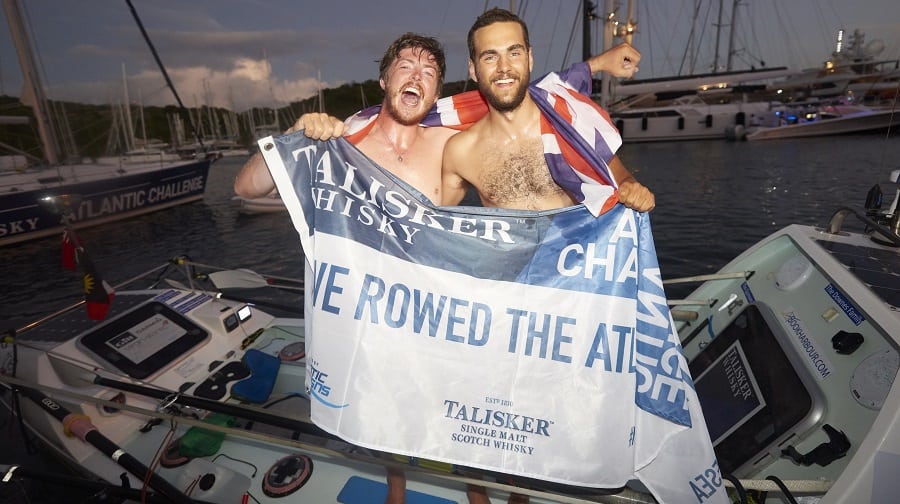 A pair of old schoolmates have become the youngest duo to row the Atlantic – raising £50,000 for charity in the process.

Oli Glanville, 22, and George Randell, 23, were among the competitors in the Talisker Whisky Atlantic Challenge, completing the epic 3,000-mile row from La Gomera in the Canary Islands to Antigua in 37 days, nine hours and 46 minutes.

The friends – who called themselves the Oardinary Boys – were the tenth crew to complete the race and the second pair across the finish line, finishing just under two hours behind another duo who broke the world record.

They rowed for two hours with the other resting on an almost non-stop rotation and completed the challenge much faster than anticipated, having expected to be at sea for between 40 and 60 days. George, who lives in Dulwich, took on the challenge to raise money for the Against Malaria Foundation, while Oli, who lives in Vauxhall, raised funds for Alzheimer’s Research UK.

The challenge put the friendship of the pair, who have known each other since they were ten and attended primary and secondary school as well as Oxford University together, to the ultimate test.

George, who celebrated his 23rd birthday at sea, said: “The one thing pushing us on each stroke of the way was the growing charity total.

“It gave meaning to our madness and the motivation to keep going even when we felt like our bodies were giving up.”

To donate to the charities, visit the Oardinary Boys’ fundraising page at: www.pledgit.net/campaign/0f79f0/