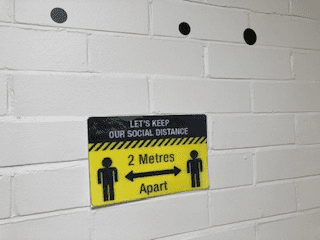 All primary schools in London will remain closed on Monday after a government U-turn amid mounting pressure on the NHS.

Local authorities, including Southwark Council, had been highly critical of the decision to keep primary schools in 23 boroughs closed but others in the remaining nine local authority areas open.

Cllr Kieron Williams, Southwark Council’s leader, had described the situation – where primaries in Southwark would have been closed but those nearby in Lewisham and Lambeth open – as ‘frankly bizarre’.

The decision was announced yesterday (Friday, January 1) after an urgent cabinet meeting. There are now fresh calls from unions to keep all secondaries closed throughout January, amid skyrocketing cases and fears hospitals in London and the South East are close to being overwhelmed.

A coalition of local authorities – including the London Councils group – had lobbied the government to rethink its strategy.

Although the majority of primary pupils in London will now be expected to learn from home, exceptions will be made for vulnerable children and those whose parents are keyworkers. Nurseries and early years education providers can remain open.

In a letter to education secretary Gavin Williamson, Cllr Jasmine Ali, the cabinet member for children, young people and schools at Tooley Street, asked for urgent vaccinations for education staff, more information on how testing will be rolled out in both secondaries and primaries, and clarification on what resources and support will be made available to schools to help reduce risk both when they reopen and ensure all students can take part in remote learning.

Cllr Ali has also requested information which illustrates why the government believes nurseries are safe to remain open. She described the government’s change of heart as ‘better late than never’.

Responding to the government’s decision, Cllr Georgia Gould, Chair of London Councils and Leader of Camden Council said: “We welcome the government’s announcement that, following representations from borough leaders and local MPs, they have reviewed the contingency arrangements to the effect that primary schools in all London boroughs will be closed for the next two weeks.

“We know closing schools will have a big impact on children and parents and isn’t a decision anyone makes lightly. It is the right decision given the current rate of infection across London.

“It is essential that for the sake of our children’s education and public health that there is a clear and consistent rationale for the closure and opening of our schools which is based upon public health advice.

“This transparency is essential to build public confidence in the safety of our education system for children, families and teachers.

“We are asking the government to work openly with us as local leaders on any future decisions and support schools getting back as quickly as possible by continuing to support the rapid rollout of testing in schools, and prioritising school staff for vaccinations.

“London Councils would like to thank all the teachers and school staff who are now working hard to set up remote learning and make sure their schools are safe for the children of key workers and vulnerable children.

“Their dedication and public service is extraordinary and as councils we will be doing all we can to support them.”