The 'Medal of Honour' had been stolen during an exhibition in Tanner Street Park. 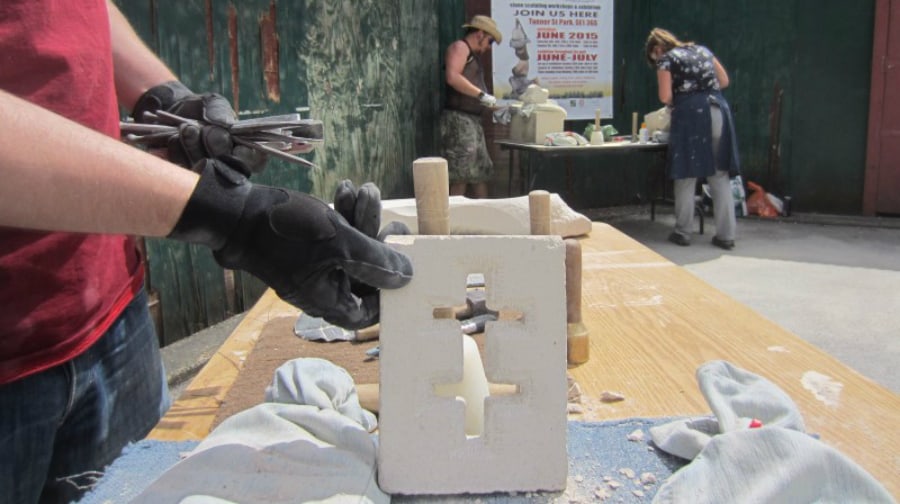 The 'Medal of Honour'.

A Bermondsey sculptor is delighted after a thief decided to do the right thing and return a “unique piece of artwork” that was stolen during an exhibition in Tanner Street Park this month.

Austin Emery, who organised the open-air ‘Transformism’ project to “bring the community together”, told the News he was “shocked” to discover a piece entitled ‘Medal of Honour’ had been nabbed.

He said: “Doni the artist achieved a feat of technical brilliance. It was a great achievement and very skilfully created. The theft really upset me and left a bad taste in my mouth. It felt like someone attacked the exhibition.”

However, he was delighted to discover that the item had been returned to the park on Wednesday morning, two weeks after it had gone missing.

He said: “I’m over the moon for Doni, I’m absolutely thrilled. He’s really excited to get it back and I’m pleased our campaign to get it returned worked. We plastered the area with posters and appealed to everyone on social media.

“I think whoever was responsible must have seen all the attention it was getting and felt ashamed. Maybe they took it for their home or their office, but after all the noise we were making they probably realised what they had done.”

He added that his faith in the community had been completely restored and the sentiment of his project had shone through.

He said: “When the ‘Medal of Honour’ was taken it felt like someone had attacked the exhibition and spoiled the collection. The thing with artwork is that it’s one of a kind.

“But now the collection is complete and there is no sour taste about it. This was always going to be the challenge with an outdoor exhibition but now we’ve got it back and the aim of bringing the community together has been saved.”