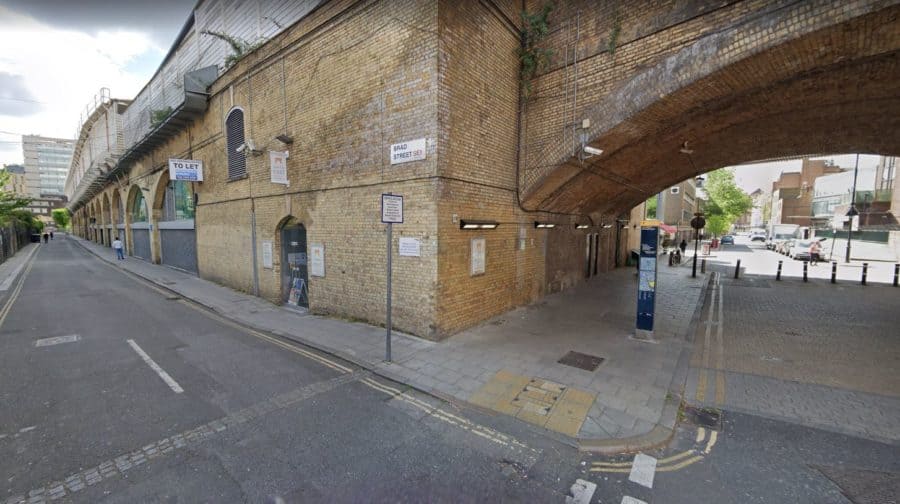 The 'violent robbery' happened at the junction of Brad Street and Cornwall Road, next to Waterloo East station

Police have launched a witness appeal after a ‘serious’ and ‘violent’ robbery on a woman in Waterloo.

Southwark police said the lone woman was subjected to a ‘violent robbery’ at around 10.15pm on Wednesday July 31, near Waterloo East station.

The incident took place on the junction of Brad Street with Cornwall Road, said officers.

Officers say immediately after the robbery, a male member of the public came to her aid who police would like to speak to. A witness appeal put out by the Met

Anyone who witnessed the robbery or has any information that could help police should contact TDC Ali at Walworth police station on 101, quoting CRIS 1223214/19.

Alternatively, the independent charity Crimestoppers can be contacted anonymously on 0800 555 111.