SE1 magistrate escapes jail after being involved in a £61,500 fraud case with her boyfriend 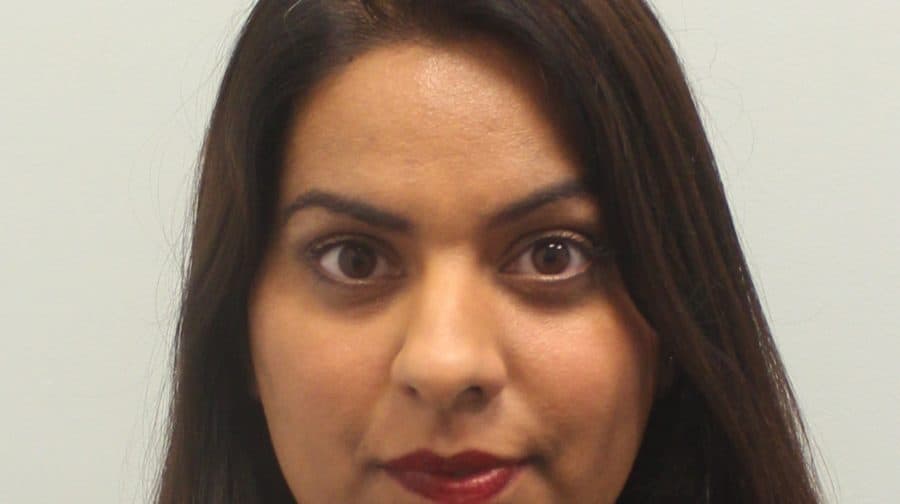 SE1 magistrate Alia Arain avoided spending time bars after receiving a suspended sentence for her role in a £61,500 fraud

An SE1 magistrate who was involved in a £61,500 fraud along with her boyfriend and his companion was sentenced on Friday June 7.

Thirty-eight-year old magistrate Alia Arain, of the Albert Embankment, was sentenced to ten months in jail for conspiracy to commit fraud by false representation.

Her sentence was suspended for eighteen months, although she must also carry out 150 hours’ unpaid work and pay a £140 surcharge.

Her boyfriend, Ashad Adams, 40, from Catford’s Ardoch Road, was jailed for three years and three months for his part in the fraud and for also possessing a small quantity of cannabis and breaching a suspended sentence. Detectives explained that magistrate Arain and her partner Adams defrauded Arain’s landlady of the money by forging her signature on a cheque posted to their address by mistake.

The money was then paid into Ahmed’s account in February last year. The court was told the magistrate and her boyfriend had planned to go on holiday with the laundered money – but were uncovered by police.

Acting Commander Alexis Boon, of the Met, said the trio’s activities were uncovered when Adams and Ahmed tried to launder a large portion of cash by changing it into euros at Heathrow airport.

His pal, Ahmed, paid the fines off – using the money that unknown to police had been fraudulently obtained.

Police arrested Adams for hiring a car to the airport while disqualified – for which he was released without action.

But at the same time they also found the landlady’s chequebook and a bank statement inside the glove box – sparking a police search at Adams’ home. Detectives seized £3,000 that Adams had on him at the time under proceeds of crime laws.

Meanwhile Ahmed, not yet linked to any crimes, set about spending the rest of the fraud money on a £10,450 Rolex watch.

Shockingly, police said Ahmed had the nerve to call the Action Fraud hotline to claim he had been a victim of fraud, as his bank did not clear the cheque, leaving him £40,000 overdrawn.

When police continued their inquiries, they uncovered a series of recordings on Adams’ mobile which were incriminating evidence of his, Arain’s and Ahmed’s crimes.

In one, Arain and Adams discuss a “signature specimen” and the location of the chequebook.

In another, the magistrate is said to have advised her boyfriend of items to buy to launder the money – and of the couple’s intention to start a new life with the fraud money.

When police interviewed Arain under caution in April 2018, she denied being involved in the fraud, saying that pal Ahmed planted evidence at her flat.

She also denied knowing her boyfriend’s whereabouts after he failed to appear at an appointment with police.

But when detectives went to her address on July 13, 2018 to search it, they found him inside. His mobile phone also contained incriminating recordings discussing the investigation, police said.

Officers arrested Adams with conspiracy to commit fraud two days later.  Ahmed and Arain were charged of their crimes in September.

Acting Commander Boon said: “This group wholeheartedly believed they would pull off their crime and end up with a third of the proceeds each, but they didn’t count on the diligence of money exchange bureau staff.

“The actions of staff at the money exchange bureau were superb – they have helped ensure that a considerable fraud was stopped and the culprits held to account.

“The victim has been reimbursed the money by her bank, meanwhile Ahmed continues to owe almost £50,000 to his bank.”

Southwark NewsNewsSE1 magistrate escapes jail after being involved in a £61,500 fraud case with her boyfriend