SE1: Royal Street in Waterloo closed off after man ‘shot in the leg’ 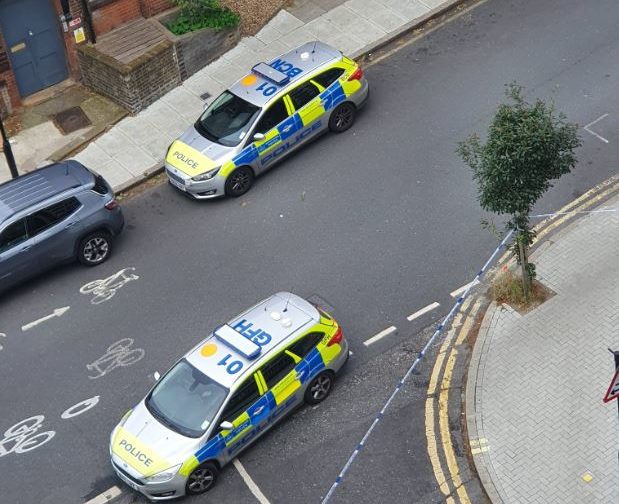 A cordon remains in place at the scene of the shooting (Image: AJ King)

Police have closed off a Waterloo road after a man was found suffering a gunshot wound to his leg last night (June 16).

Officers closed off Royal Street, opposite St Thomas’ Hospital, at around 10.30pm after a man in his twenties was shot in the leg.

A resident close to the scene told the News that police currently still have a cordon in place around Canterbury House, on Royal Street, while they try to establish how the man was shot. Police are still trying to establish how the man came to be shot (Image: AJ King)

The man was rushed to hospital, said police, and his condition is not thought to be life-threatening.

“At approximately 10.30pm on Sunday 16 June officers were made aware of a man suffering a gunshot wound to the leg in Royal Street, SE1,” said a Met Police spokesperson.

“The man, believed aged in his twenties, was taken to hospital for treatment; his condition is not thought to be life threatening.”

Police also confirmed that a crime scene remains in place.

No arrests have yet been made, while police enquiries are continuing.

Southwark NewsNewsSE1: Royal Street in Waterloo closed off after man ‘shot in the leg’