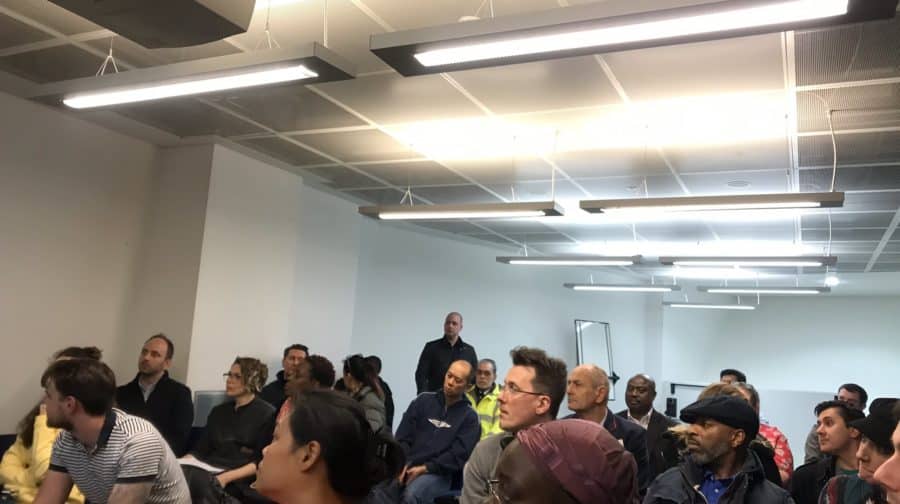 The meeting was held in Canada Water library last week

Cops have pledged extra patrols in Canada Water after residents called a meeting over anti-social behaviour and crime last week.

The meeting on Thursday, March 12 was the brainchild of SE16 resident Adam Rogers, who has lived in the area for ten years.

The 32-year-old was prompted to take action after seeing a surge of violent crime in the area such as phone robberies.

“I thought something needed doing,” he said. Mr Rogers previously worked in the criminal justice system for nine years, giving him ideas on who would be best to have in a room to discuss the issue.

“Because of that I knew the right people who I needed to get in the room at the same time.”

Residents spoke of their fears surrounding violent crime in the SE16 area – including one resident who revealed that a Lamborghini he had saved for was trashed by youths.

Mr Rogers will be going to a meeting with the borough commander, the senior Met cop responsible for operations in Southwark, in the coming weeks alongside Cllr Nick Johnson.

They aim to discuss what more can be done to tackle crime.

“There’s a fear that that in five years’ time it will be really bad, because those who are doing it will get bolder,” said Cllr Johnson (Lib Dem, Surrey Docks.)

He said that ward councillors had access to a pot of money which residents should keep in mind if there is an initiative which could help reduce crime, such as street lighting.

“We want to be able to react quickly to it if there’s a way we can design out crime,” he said.