Residents described hearing a 'loud bang' on social media, believed to be damaged windows caused by the fire 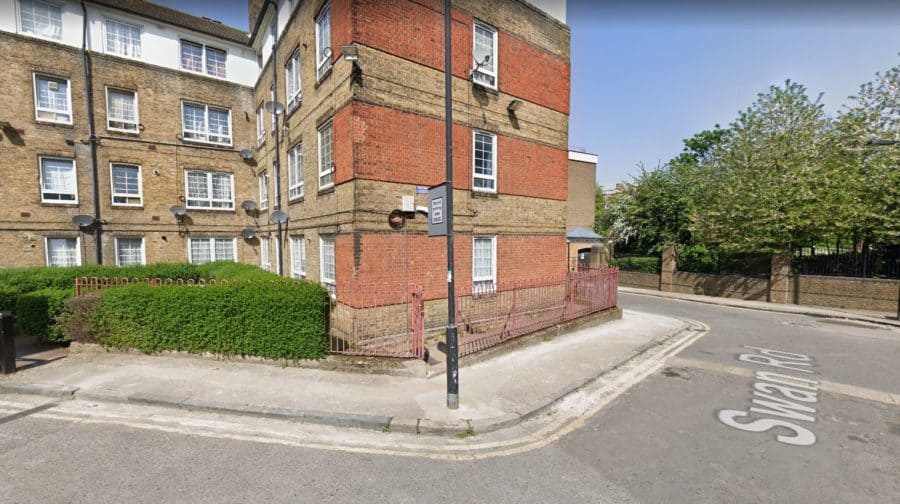 The blaze happened this morning at a flat in the Albion Estate, Swan Road (Image: stock / Google Street View)

A blaze on Rotherhithe’s Albion Estate this morning has left a first-floor flat damaged.

There were no reports of injuries in the fire on Swan Road, to which the Fire Brigade were called at 6.46am.

Two fire engines and an aerial ladder were dispatched to the scene.

Part of the property, a first-floor flat in a three-storey block, was damaged by the fire, a spokeswoman said.

Residents on the estate had described hearing a loud bang, understood to be damage caused to the property’s windows as a result of the blaze.

The cause of the fire is being investigated by the Brigade, the spokeswoman said.