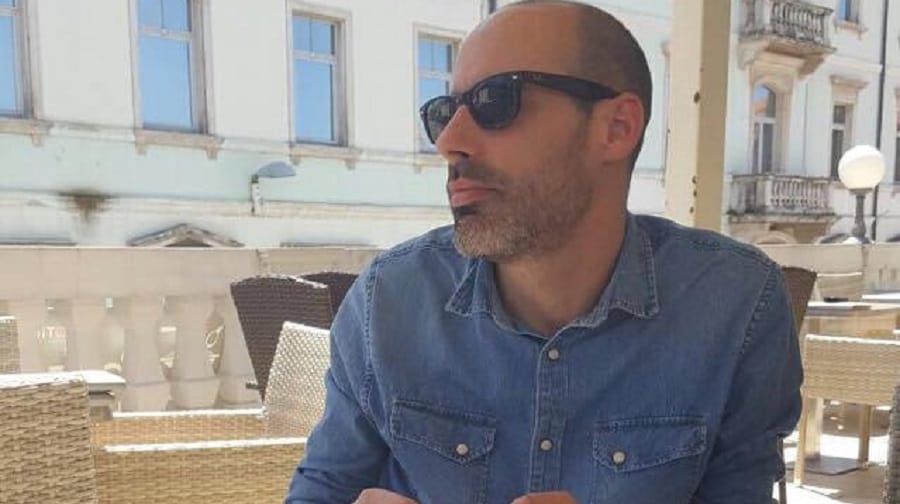 The girlfriend of a Frenchman who went missing during yesterday’s London Bridge terror attack is desperately trying to fly home to help search for him.

Sebastien Belanger became separated from his two friends when they began running from the attack near the Barrowboy and Banker pub in Borough last night.

The 36-year-old, who lives in Leytonstone, was last seen by his friends shortly after a white van crashed near the pub on Borough High Street and three men began stabbing people nearby.

His girlfriend of eight months, Gerda Bennet, had been due to fly back to London from her holiday in Malta on Tuesday but is now desperately trying to get an earlier flight to help search for Sebastien.

“He was watching the football match in the Barrowboy and Banker and when the match was finished he and his two friends started to walk to another bar to have another drink and there was a car crash or something,” the 22-year-old, who lives in Bethnal Green, told the News.

“The guys he was with said there were about five to ten seconds when everyone was shouting and they just started running and that’s when they lost him.

Sebastien Belanger with girlfriend Gerda Bennet. Sebastien was wearing this T-shirt when he went missing.

“One of his friends said one of the guys with the knife was very close by when they started to run.”

Gerda said the last time Sebastien was online was 10pm yesterday and that they had last exchanged text messages at about 5pm.

She said she had called his phone repeatedly but received no answer.

“I think he lost his phone because now it’s off so we think it’s run out of battery,” she said.

Gerda described Sebastien as having a dark beard, dark cropped hair, brown eyes, and of being of slim build and medium height.

She said Sebastien had lived in London for seven years and knew the Borough and Bankside area very well.

He can also speak English very well but with a thick French accent.

Anyone who may have information about Sebastien is asked to contact police on 101.

SE1: Fire Brigade staff 'miss emergency calls' - because they have no phone signal in their basement office