Second stabbing in Elephant and Castle 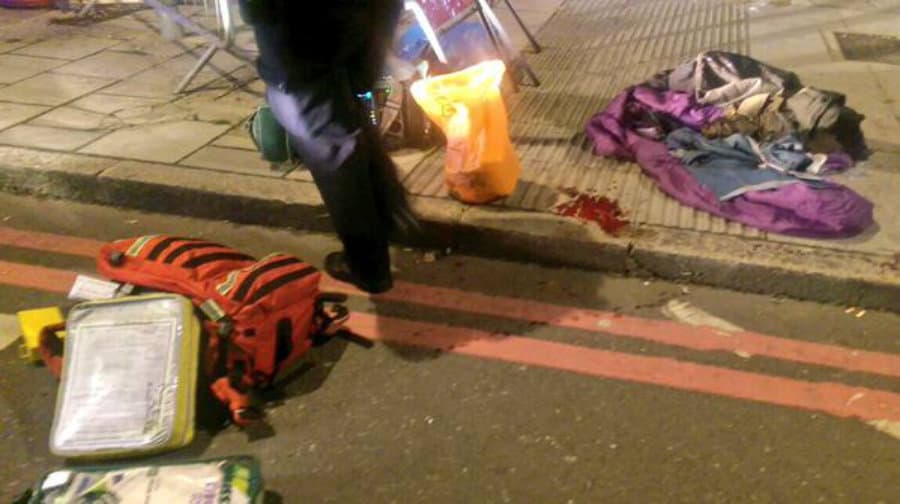 There has been a second stabbing in Elephant and Castle days after sixteen-year-old Mohamed Dura-Ray was killed on Monday night.

A man, reported to be in his 30s was taken to hospital after the incident in New Kent Road at around 3am on Saturday morning.

Shortly after 5.30am officers from Southwark police tweeted they had attended a stabbing in Newington Butts, just around the corner from where ‘Moe’ Dura-Ray lost his life earlier this week in Canterbury Place on the Newington Estate.

The official twitter account for the borough’s boys in blue then tweeted: “Happy to report victim sustained neither life threatening or changing injuries. But as with any such injury, it could so easily be different.”

A photograph shared by ambulance crews at the scene showed the victim’s clothing on the blood-spattered pavement next to a paramedic’s bag.

Inspector Kelvin Robbins praised the “world class” street side trauma care provided by the London Ambulance Service in treating the victim, whose gender and age has not yet been confirmed.

There is no suggestion that the two stabbings are linked at this stage.