COVID-19 second wave could be slowing down in Southwark 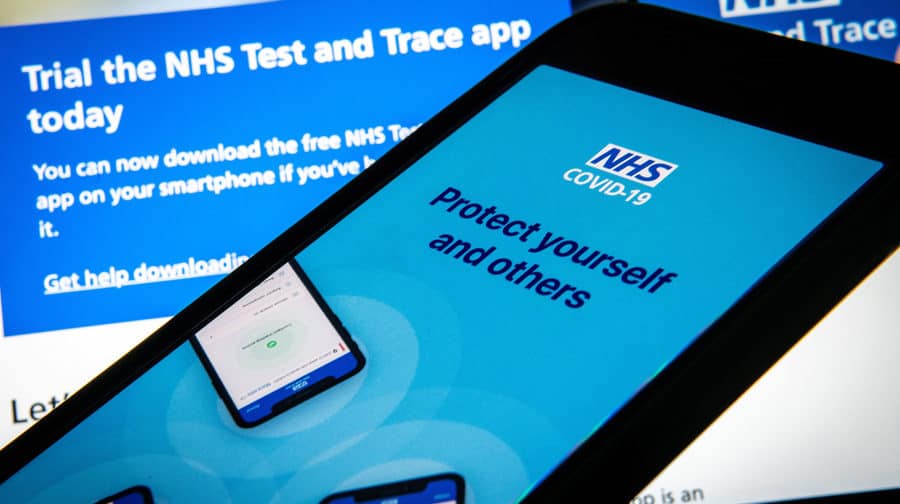 There are early indications Southwark’s second wave of COVID-19 could be slowing down.

As of Tuesday evening, the total cases recorded since March had reached 3,554, with 42 new positive tests confirmed within the latest 24 hours.

The steepest rise in infections has been since the end of September, when the borough still had under 2,000 cases in total.

How much of this growth is to do with testing capacity now, compared to the first stage of the outbreak, is unclear – but what is good news is that cases are showing early signs of decelerating.

Whereas the London-wide R rate was believed to be as high as three just two weeks ago, the latest data available points to it dropping back to 1.1 to 1.3.

The reproduction rate is roughly the number of people a person with the virus goes on to infect. 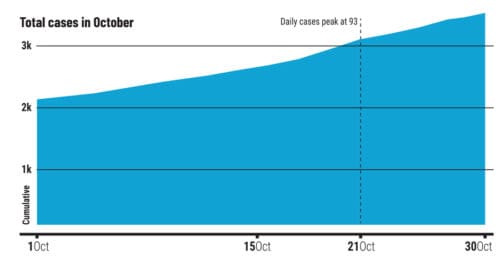 Covid cases in Southwark throughout October

It would appear that warnings that London was seeing a surge in cases, and last week’s lockdown debates, had an impact.

This is not to say cases are low – 434 new infections were recorded in the week up to October 27 in Southwark – but it is a figure which has remained steady compared to the previous seven days, which saw 423 cases.

This is a huge jump from early October, when weekly cases suddenly doubled. Hopefully it shows the outbreak is not spiralling as seen in other regions.

Across the UK the daily death toll was 397 on Tuesday. It now seems likely that deaths will surpass 50,000 across the nation. So far 47,250 people have died within 28 days of returning a positive test in the UK.

Around 60,000 have had COVID-19 listed as the cause or as a contributing factor on their death certificates

Scientists have warned the death toll could reach 85,000 – a once unthinkable figure.

It is hoped the new lockdown will protect London from accelerating toward the picture in the north and midlands throughout winter and the flu season.

Currently, around 140 people a day are being admitted to London hospitals, with 990 in-hospital patients as of Tuesday though, as we report on page 11, our NHS is far less stretched than in other regions.

Southwark Council’s leader has pledged the local authority will ‘do everything we can’ to support residents during lockdown round two.

The community hub is continuing its activities, and the council continues urging people who need help or know someone who does to get in touch.

Councillor Kieron Williams said: “I know how worried many residents will be about these restrictions.

“Some will be worried about the financial impact on their families, while others will fear loneliness and isolation.

“I can’t pretend it will be easy, but I can promise you that the council will do everything we can to support all our residents through this challenging time.

“I would also ask that everyone who can, looks out for their neighbours and offers support, just like we all did in the first lockdown.

“In the spring, the outpouring of community spirit in our borough was incredible and humbling, and I know we will all look out for each other again.”

Find out more about local support at www.southwark.gov.uk/covidsupport

Southwark NewsNewsCOVID-19 second wave could be slowing down in Southwark