The secret is that all the artworks are anonymous, so sitting alongside those invited to submit artwork will be picks from a worldwide open submission which anyone could have contributed to. 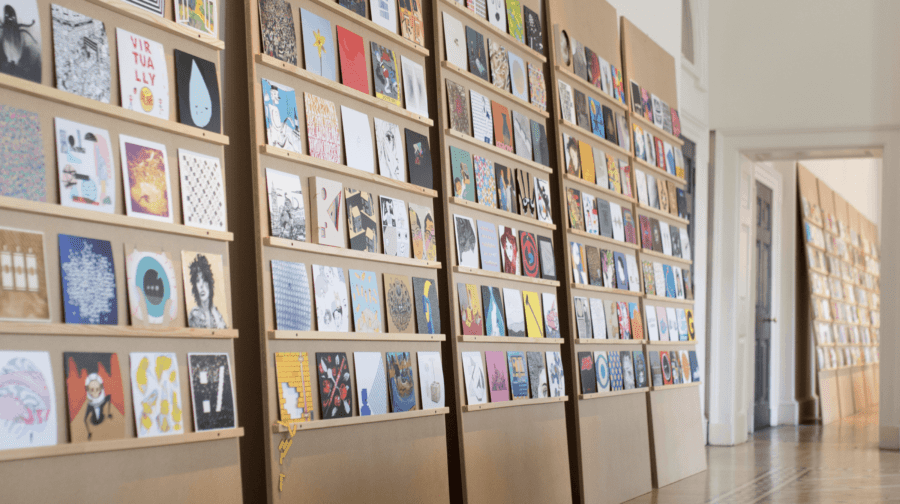 This year Secret 7” celebrates the seventh and final edition of their legendary Secret 7” exhibitions that each year raises money for charity by selling off 7″ singles decorated by anonymous artists. This year they are supporting Help Refugees, a pioneering charity leading a new movement in humanitarian aid.

A spokesman says, ‘By the end of this show we’ll have made 4,900 one-of-a-kind records for 49 different tracks since 2012… What started as a side hustle has taken us on some journey, and with your continued support creating artwork and buying records, we hope to take our grand total raised for good causes to over £250,000.’

Every single one of them will have unique artwork created for it. The secret is that all the artworks are anonymous, so sitting alongside those invited to submit artwork will be picks from a worldwide open submission which anyone could have contributed to. If you’re looking for a particular record you’ll have to study the sleeves and guess correctly – you’ll have a 1 in 7 chance at that. If you’re looking for a particular artwork contributor then your odds are a bit longer. All 700 records will be sold via auction on Ebay on the final day.

Check out all the artwork and bidding details here: https://secret-7.com/gallery/2020

Admission is free but you will need to book a timed ticket via NOW Gallery’s Eventbrite.