Leader Alice Diamond was known as the "Giant Queen of Terrors" and it once took six policemen to hold her down.

A new book reveals the secrets of London’s most infamous all-women gang and their Southwark origins.

Released earlier this month, Queen of Thieves by Beezy Marsh unveils the hidden world of London female gangland with a focus on notorious gang, The Forty Thieves – sometimes referred to as the Forty Elephants after their Elephant and Castle origins.

Beezy said: “These women fought harder than the men and were feared by men and women in their communities. Even the gangster “Mad” Frankie Fraser spoke with great reverence about Alice Diamond.

“Speaking to relatives of some of the original gang members during my research for Queen of Thieves, I was struck by how secretive the gang had been about its methods, and how much of a career choice it was for working class girls.

“It was incredibly subversive to go against the class system and steal furs and luxury items and swan about like they were rich  – but that is exactly what they did.

“I felt it was time for their story to be told.” 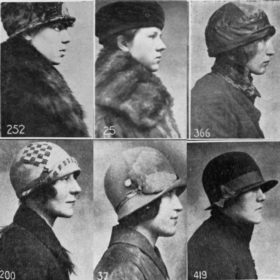 Beezy spoke to the News in 2017 about her previous book, ‘Keeping My Sisters’ Secrets’, which included Frankie Fraser’s sister Eva, who became a key figure in the Forty Thieves gang.

Beezy said at the time: “You understand the choices that lay ahead of you if you were a working-class girl.

“Before World War Two, if you got married you were expected to leave work and stay at home.”

She added that Eva wanted to “earn money on her own terms.”

Queen of Thieves is the first in a planned trilogy about the gang, and will span from the 1920s to the 1950s.

Born in the late 1890s in the workhouse, Alice Diamond’s life of crime began with stealing chocolate and blouses as a teenager. By the 1920s, she was being described in newspaper cuttings as the “Giant Queen of the Terrors”, and it once took six policemen to hold her down.

Her deputy, Maggie Hughes, known as “Babyface” for her sweet looks, was famed for her red hair, a love of drink and a violent temper.

She once stabbed a policeman in the eye with a hatpin, blinding him, and, when she was sentenced, shouted back to the judge: “It won’t cure me! It will only make me a worse villain!”

The women often wore beautifully designed hats, coats and dresses in order to fit in. This was known as “putting on the posh” before they went shoplifting, which was known as “hoisting”.

They were trained to roll furs, still on the hanger, and shove them down the legs of their special bloomers, which were elasticated at the knee.

Everything they stole had to be passed on to the Queen, Alice Diamond, who would sell it on via a network of local fences, and then pay her gang members generous weekly wages. During the 1940s it was not unusual for hoisters to earn a hundred pounds a week  – out earning men’s average wages ten-to-one.