He continually creates artwork that would look good on any wall 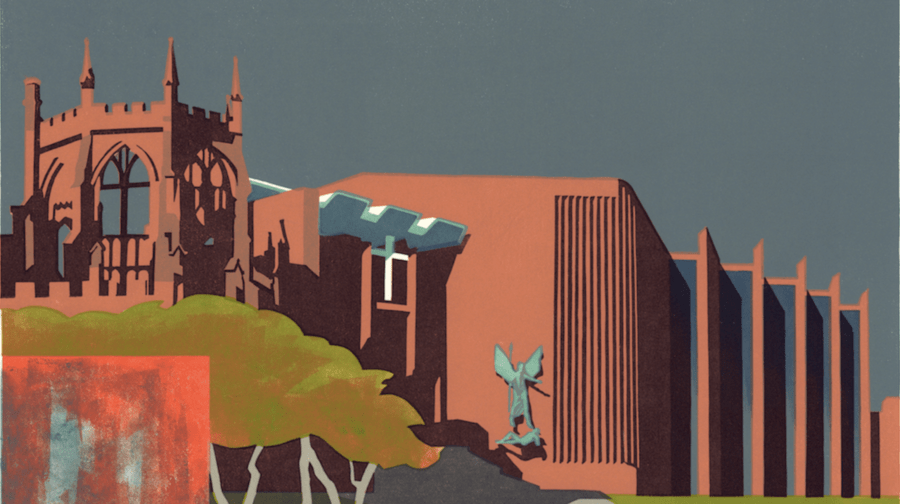 It is fitting that Coventry Boy Paul Catherall opens his Sent From Coventry exhibition to coincide with the beginning of the city’s status as UK City of Culture, because the artworks are a homage to his hometown, writes Michael Holland…

I have been an admirer of Catherall’s work since the first time I saw it displayed in Oxo Gallery several years ago. I fell in love with his Elephant & Castle and National Theatre, and his London Underground posters.

One reason is that he celebrates the Brutalist and Modernist architecture that I grew up with in the second half of the 20th century – Much of the Silwood Estate in Bermondsey was considered Brutalist but we didn’t know that in the 50s and 60s. And, secondly, because he’s bloody good at what he does. 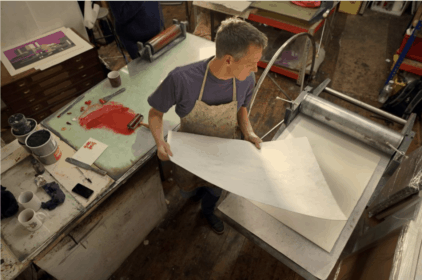 I have become accustomed to the artist’s London works: Battersea Power Station, the GPO Tower, and just about every building along the South Bank, which will be included in the exhibition, but I saw something else in these new Coventry works. It was if he had put extra love into them. 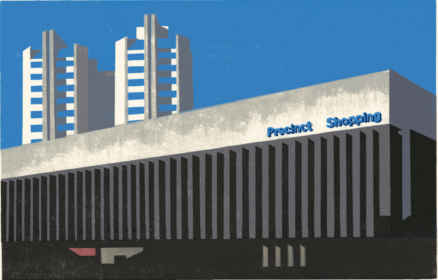 Whereas the artworks I have come to admire and desire would sometimes be made up of just three primary colours laid down in blocks of ink to create a very satisfying whole, the Coventry images burst with colour, layer upon layer of colour. I was surprised to see a cloud in the plain blue sky, and a tree adding natural texture alongside a concrete facade. There were even parts that look like they have been worked by brush!

As Eames Fine Art notes: “Sent from Coventry places Paul’s London linocuts alongside his Coventry work, making a compelling visual argument for why all of this striking architecture should be preserved and admired.”

Paul Catherall’s work is as good as ever – Perhaps even better as he and his art grow together. He continually creates artwork that would look good on any wall.