Seven best things to do in South London this month

The Local line-up for your diary 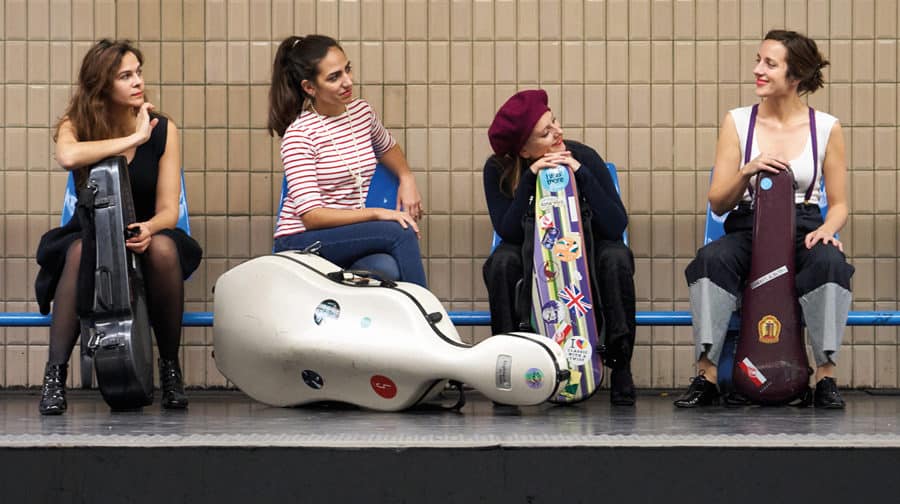 Our journalists at the Urban Fox (our monthly love letter to south London) have been out and about to give you the latest stories and goings on around town, here is their curated pick of the month…

Secret Guests pops up at Brixton’s Pop Box this month for an open mic night with a difference. Anyone can take the mic for 60 seconds of solo stage time – whatever they have to share. Expect thoughts, feelings, stories and party tricks aplenty.
12 February, 7-10pm, Pop Brixton. £10. If romcoms have taught us anything, it’s that public serenades = instantly wooing your mega crush. Back up your belting heart with a full rock band at Live Band Karaoke Peckham’s Valentine Day special and watch l’amour flood your way. (Or head for the nearest exit.)
14 February, 7.30pm, The Ivy House,
40 Stewart Road. £4-£5.

Nu-jazz electro pioneers The Cinematic Orchestra return to their old Brixton stomping ground for one night only this month, rounding up a year of touring new album To Believe – their first for twelve years, already being hailed as one of the most exciting albums of recent times.
22 February, 7pm, O2 Academy Brixton. From £29.65. Head to the South London Gallery for your last chance to catch Bloomberg New Contemporaries 2019, a bumper exhibition of emerging artists set to shape culture through the new decade and beyond. Closes 23 February.
South London Gallery, 65 Peckham Road. Free. Escape the February chill with a shot of sunny Spanish culture as Flamenco spectacular Al-Andalas sashays into Dulwich Village. Performance company Cancion Gitana promises to recreate the stunning colours of Andalucia as they explore the origins of Spain’s most famous dance in a theatrical extravaganza.
29 February, 7.45pm, St. Barnabas Parish Hall. £17.50.

This article was brought to you by the Urban Fox.

To read February’s edition of the Urban Fox, click below. Southwark NewsNewsSeven best things to do in South London this month