Thames Water say it's a "common and frustrating problem" 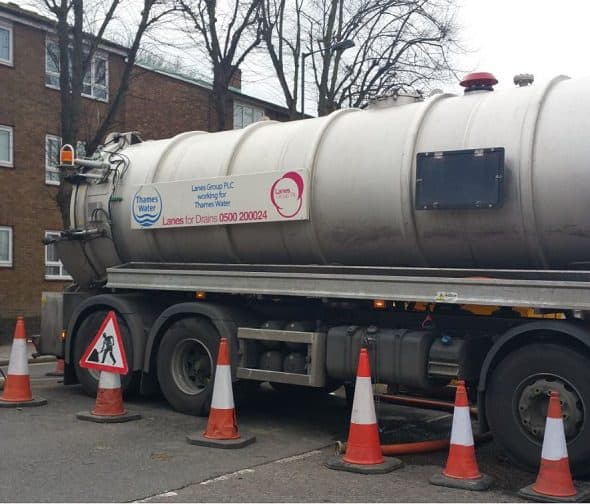 Sewage pipes beneath a street in Peckham are being cleared of solid concrete thought to have been poured down a drain.

Thames Water workers have been replacing sewage pipes in Hanover Park since Monday, and say the sewers will be fixed by Saturday.

The problems were reported by local residents who said sewage was “backing up” in the system.

Thames Water staff have since found that the pipes three-metres underground were more than “85 per cent filled” with concrete.

Local resident Jennifer Chelley said the concrete had been “flushed” down a toilet.

A Thames Water spokesman said: “Third parties putting concrete in our sewers is a common and frustrating problem for us and our customers.

“The concrete sets hard and blocks the pipes, meaning they have to be dug out and replaced with new ones.

“This can often take a long time and cause traffic disruption. We’re working hard to get the job done as quickly as possible and hope to have completed the work by the weekend.”