"Bell is an extremely dangerous and disturbed sexual predator who has complete disregard for his victims and the impact his actions have had on their lives," detective said 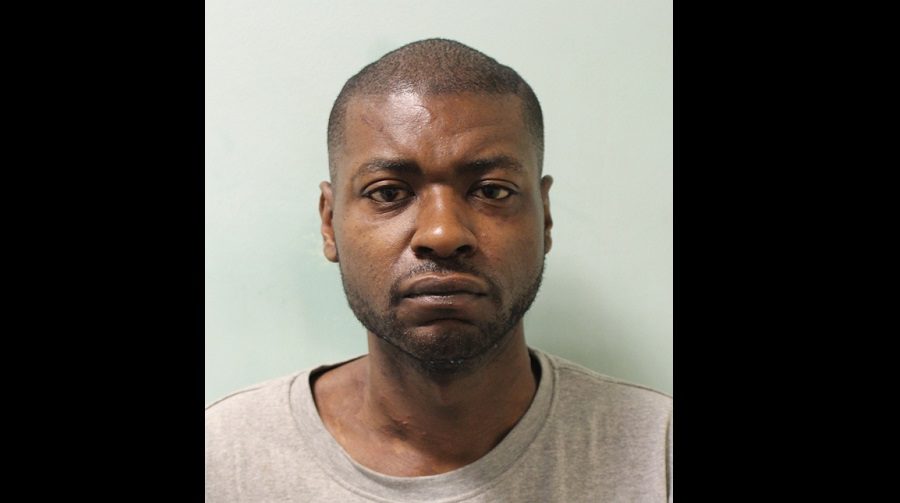 A “disturbed sexual predator” who sexually assaulted five women in Southwark in one weekend has been jailed for eight years.

Dorian Bell, 32, formerly of Bondway in Vauxhall, committed all the offences during a rampage across Borough, Walworth and Camberwell, between March 18 and 19.

The first assault happened at about 4am at the St. Saviour’s Estate in SE1. A young woman walking through the estate became aware of a man behind her. Bell attempted to engage her in conversation before pushing her against a wall and attempting to kiss her. He then put his hand down her trousers and sexually assaulted her.

At 4:50am in New Kent Road, Bell approached a couple who were walking ahead of him. Bell approached the woman and put his hands up her dress. The woman screamed and elbowed him before he ran off.

The third attack happened the following day (March 19) at 4:45pm in Beckway Street, Walworth. Bell targeted a young woman by hugging her and putting his hand under her top to grope her.

Less than an hour later in Walworth Road, a young woman was walking with her father when a man approached her and groped her backside.

Then at 11:40pm, a woman walking down John Ruskin Street was dragged by Bell into an alleyway. Bell punched the victim’s face, pulled out a knife and threatened to rape her. The victim screamed and two passers-by intervened before Bell ran off.

Officers spotted Bell, based on witnesses’ descriptions of him, in a street nearby. He tried to flee but was apprehended after a five-minute chase in Queens Row, Walworth. He tried to cut his wrists and throat with the knife, but was arrested and handcuffed.

Detectives linked the offences using DNA evidence, CCTV footage and descriptions of Bell given by witnesses.

Bell pleaded guilty to all counts: of attempted rape; four counts of sexual assault; and one count of possession of a knife. He was sentenced on August 4 at Inner London Crown Court to eight years in jail, plus five years on licence, and was put on the sex offenders register.

Detective constable Robert Jamieson of the Met’s Sexual Offences, Exploitation and Child Abuse Command, said: “Dorian Bell is an extremely dangerous and disturbed sexual predator who has complete disregard for his victims and the impact his actions have had on their lives.

“The sentence handed to Bell reflects the gravity of the offences and the effect that his actions have had on the victims since the attacks.”