Shaken And Stirred By Shook 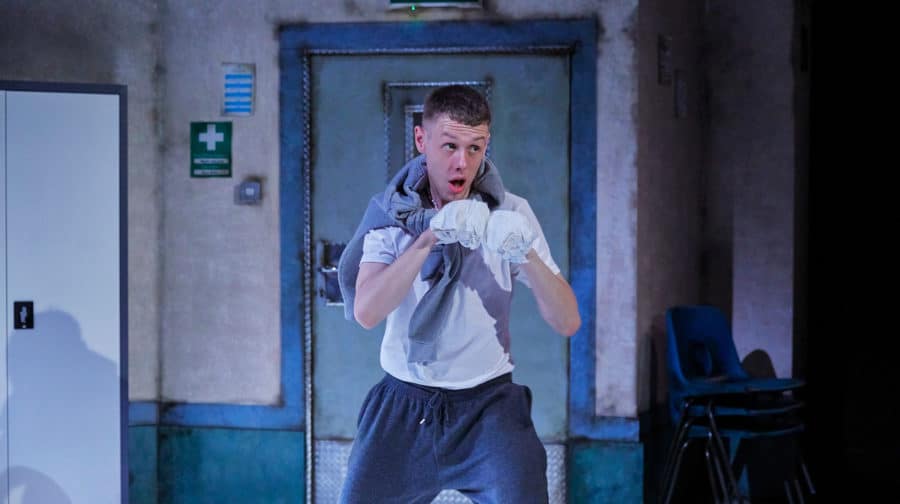 Shook, by Samuel Bailey, sold out the Southwark Playhouse to earn a well-deserved transfer to the West End. Then came lockdown. But this high-octane production about life in prison can now be seen online, writes Michael Holland…

The lairy Scouser is a staple of British life – on screen and in reality – Always there to crack jokes and boast about anything and everything in that unique accent. But in most cases, all that braggadocio is merely to hide what they’re really about, and when you meet one in jail, what they’re about is to cover up their fears and weaknesses with bravado and bluster by building a fake façade.

Cain (Joshua Finan) is that Scouser in Shook. Within minutes of meeting the quiet, nervous Jonjo (Josef Davies) he tells him: ‘I’ve been in jail loadsa times; they should name a wing after me!’ But Cain portrays just one aspect of how prisoners get through their jail-time.

Riyad (Ivan Oyik) has a different coping strategy. He plays the hard man who tries to intimidate others. When he turns up for the parenting class for young offenders about to become fathers, the dynamics quickly change and Cain finds himself at the bottom of the pecking order as Riyad and Jonjo discover common ground. 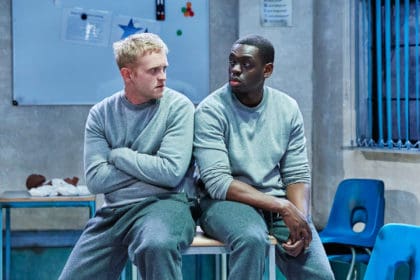 Jonjo doesn’t have the confidence to create his own fake wall, he just avoids eye contact and conversation as much as he can. His crime, however – when others discover what it is – gets him a little touch of respect and space.

Set in a classroom over several weeks their back-stories are slowly revealed. Grace (Andrea Hall), their tutor, is the catalyst for the young men to think about the females in their lives, and we hear that those relationships are far from good. If you only have phone calls to communicate or letters that take days to arrive, then those failing relationships will wither and die, and add to the stress levels that lead to depression and worse.

Shook has been inspired by stories the author heard growing up on a council estate and that in itself gives the play the authenticity a subject like this needs to have, otherwise you have a second-rate Porridge without the laughs. Shook is real. Bailey gets beneath the macho swaggering to tease out the broken men cowering below a fragile veneer. He shows that friendships, no matter how tentative, can be formed between the most disparate of people.

These characters are real. Their problems are real. Their need to survive in jail is real. And sometimes, when inmates are dealing with prison life as the world outside moves relentlessly on without them, all they need is a hug. And that hug is a rare commodity on the wings and landings of Britain’s prisons.

Shook is a tightly written piece that does not have the melodramatic denouement that we have come to expect from prison tales but gives us a gentle finale that underlines the fact that Shook is not another soon-forgotten Netflix thriller, but something very true to life. Shook reveals a reality, perhaps, that should be looked at more closely. 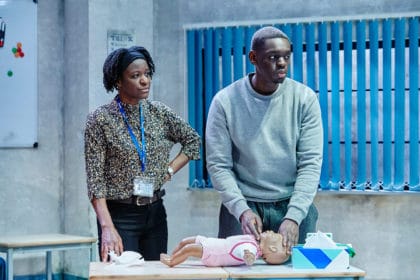 Excellent performances from all, but it was Josh Finan who stood out for me. His bouncy Cain, always having something to say or an anecdote to add, meant he always grabbed the attention.

Tickets are £10, and give audiences access to stream the show for 48 hours after purchase via www.papatango.co.uk/shook – captions available.

Images: The Other Richard

Southwark NewsNewsShaken And Stirred By Shook