This year is the 400th anniversary of the thespians death 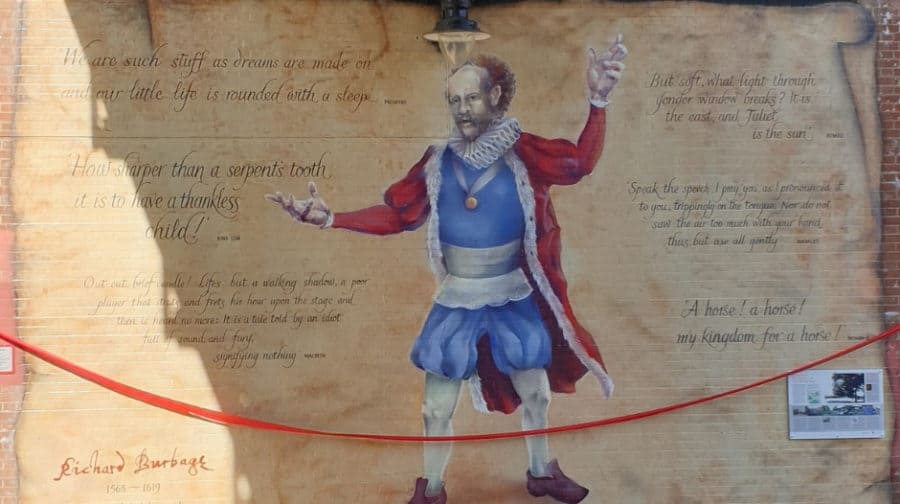 A mural celebrating Shakespearean actor Richard Burbage, one of the greatest thespians of all time, has been unveiled on a railway arch in his eponymous Dulwich road.

Coinciding with the 400th anniversary of his death, the new public artwork on Burbage Road celebrates a man considered to be England’s first great actor.

A contemporary of Shakespeare, Burbage made many of the Bard’s most famous characters his own, from Othello to Hamlet, King Lear and Richard III, but his star has certainly dimmed over the centuries.

Residents living on the street came up with the idea of a new mural on the Network Rail arch to help place him centre stage.

Painted by Lionel Stanhope and Owain Nicholls, the mural depicts Burbage mid-performance surrounded by some his best-loved lines.

Stanhope, a scenic painter from Elstree Studios who has created sets for Hollywood films and Disney Land, is also the creator of a series of vintage railway-style signs around south-east London.

He said: “I’m really happy to be working with Network Rail again on another railway bridge mural.

“Richard Burbage clearly has a historical link to the area as the road is named after him, so it’s really fitting that I can paint something to commemorate him while brightening up the community at the same time.”