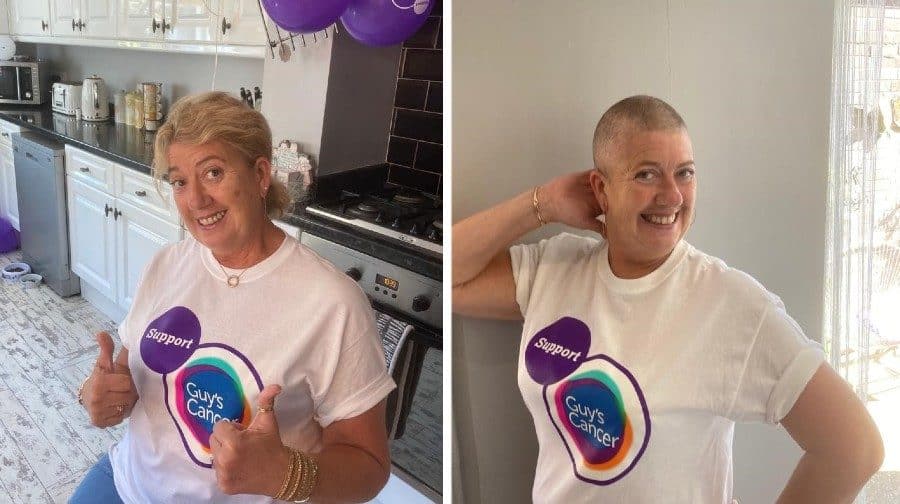 Sharon before and after the head shave

A Bermondsey grandmother who received chemo during lockdown has shaved her hair off to raise money for Guy’s and St Thomas’.

Sharon Goddard, 55, was diagnosed with stage three Non-Hodgkin lymphoma, a type of cancer which develops in the network of vessels and glands in the body.

The mum-of-three and grandmother-of-six, began to lose her hair as she received chemo – so decided to shave it all off to raise money for the hospitals’ charity.

“Getting a cancer diagnosis is tough at any time, but it was particularly daunting during the COVID-19 pandemic,” she said.

“In normal circumstances you would have family around but I had to keep a distance from everyone and I couldn’t cuddle my grandchildren.

“It was hard not having my husband, Paul, there with me at all the appointments, but he was on loudspeaker so I wouldn’t forget anything.”

Sharon started her treatment earlier this year, and originally set out to raise £100 for charity, but has actually raised nearly £4,000.

“I cried for about an hour the day my hair started to fall out because of the shock, but after that I was fine,” she said.

“My head started to really hurt like it was sunburnt or had been pulled so I decided to shave it all off.

“Positivity is how I have dealt with everything so I wanted to use the opportunity to raise money for charity – and there was no one better to fundraise for than the people treating me.”

Sharon added she has been overwhelmed by the support. “I wasn’t nervous about shaving off my hair because you can wear a wig, or a hat or a scarf,” she said.

“I was quite happy to have a bald head because I knew it would grow back, but I wanted to show other people that it can be a positive thing.”

Sharon is now in remission and will be celebrating Christmas with her family. 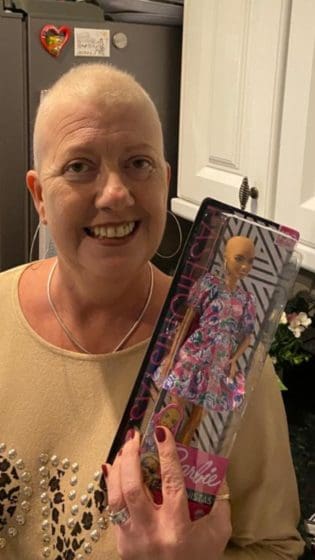 Dr David Wrench, a consultant haematologist at Guy’s and St Thomas’, said it was “lovely” to hear about Sharon’s fundraising after the successful treatment.

“I encourage anyone with symptoms suggestive of lymphoma – particularly persisting unexplained lumps, weight loss, tiredness, night sweats, fevers or itching – to ensure they are reviewed by their doctor.

“The earlier we pick up this cancer, the more patients will have as good an outcome as Sharon.”