‘How my shed became London’s top-rated restaurant on TripAdvisor’

Oobah Butler, 26, turned the Dulwich shed he lives in into a fake restaurant - and it became TripAdvisor's top-rated restaurant in London 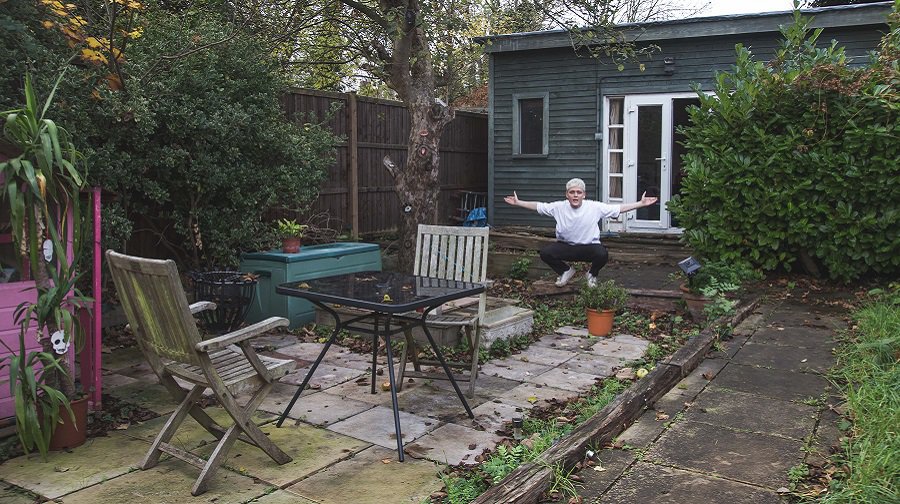 Oobah Butler outside his shed in Dulwich (Credit: Theo McInnes)

A Dulwich writer has spoken about how he tricked TripAdvisor into ranking the shed he lives in as the top restaurant in London.

Oobah Butler decided to create a fake restaurant, complete with a website, a menu made up of dishes named after moods such as “empathetic”, and images of bleach, shaving foam, and even an egg resting on his own foot, dressed up to look like fancy food.

The 26-year-old, who has lived in Dulwich for the last three years, said the idea came from having written fake reviews for restaurants for £10 as his first paid writing job.

Speaking to the News, he said getting TripAdvisor to verify his non-existent eatery, The Shed at Dulwich, was straightforward.

All he needed was an address, £10 ‘burner’ phone and a website and he was ready to go.

Marketing it as an “exclusive appointment-only” restaurant, the journalist enlisted the help of friends and family who wrote dozens of reviews of the made up business.

“What I wanted to make it consistent was the experience and what it was like so people wouldn’t get mixed up – and people to hammer on about how exclusive it was and how hard it was to get a table,” he said.

“One thing about London culture that isn’t that attractive is that exclusivity so I played up to that.”

As the reviews flooded in, The Shed at Dulwich climbed the ranks and by September it reached the top spot on TripAdvisor.

“Just seeing it going up the rankings was so funny and it only became a reality when I got the first phone call,” said Mr Butler, originally from the West Midlands.

“I remember it was early in the morning and I had a bit of a hangover and on the end of the phone was a real human trying to book my non-existent restaurant.”

“There was one point where it got out of hand,” he continued. “I had left the phone at my friend’s house and I had over a hundred missed calls.

“It wasn’t just customers – there were people trying to apply for jobs, a production company wanted to come and feature it, and there was some company working with Bromley Council which got in contact with me.

“There was one day I was coming out of my house and there were three people looking lost in the road and they were like ‘excuse me, do you know where The Shed at Dulwich is?’

“They said ‘I’m just going to phone it again’ and I had the phone in my pocket and had to walk off up the road.”

Having reached the top spot on the review website, Mr Butler decided to open the restaurant for one night only.

After a trip to Iceland to stock his fridge full of ready meals, he opened his garden and shed to guests who dined al fresco beneath outdoor heaters.

Mr Butler, who admitted he had an “unquenchable thirst for nonsense”, said he wasn’t trying to prove anything with the prank, which he revealed in an article for Vice in December.

“We are at a crossroads where people trust what they read online,” he said. “I think that’s brilliant – it’s funny because anything is possible then.

“That excites me and I think it should excite other people.”

A spokesperson for TripAdvisor said: “Generally, the only people who create fake restaurant listings are journalists in misguided attempts to test us.

“As there is no incentive for anyone in the real world to create a fake restaurant it is not a problem we experience with our regular community – therefore this ‘test’ is not a real world example.

“Most fraudsters are only interested in trying to manipulate the rankings of real businesses – so naturally that is what our content specialists are focused on catching.

“We use state-of-the-art technology to identify suspicious review patterns, based on modelling of what normal review behaviour looks like.”