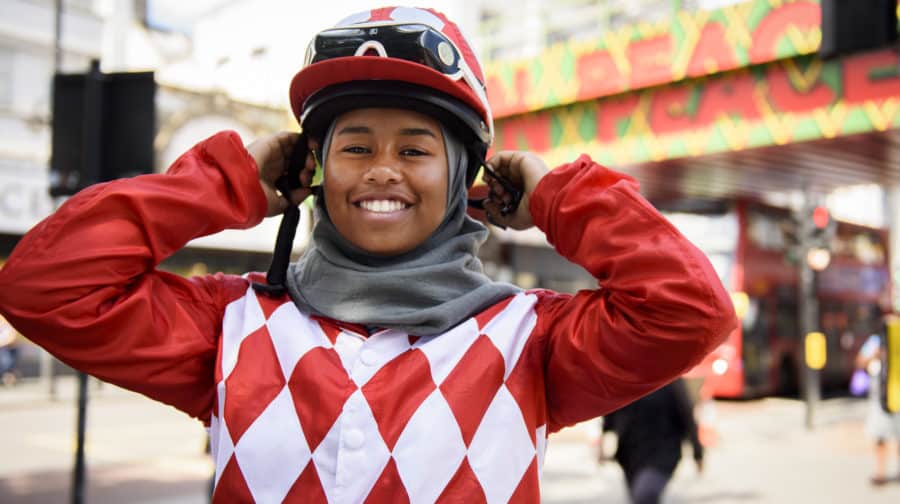 An eighteen-year-old from Peckham who first sat on a racehorse only four months ago triumphed at Goodwood Racecourse today to take home the Magnolia Cup.

Khadijah Mellah, who learned to ride at Loughborough Junction’s Ebony Horse Club, won her debut race in front of 25,000 this afternoon as the UK’s first muslim woman jockey.

Riding Haverland, trained by Charlie Fellows, she is believed to be the first ever to compete wearing a hijab.

Speaking before her epic ride, she said: “There are definitely a fair few guys out there who would struggle to do what I am doing and I am thrilled that I am part of shift in social understanding of what women can achieve and what they can be good at.

“There’s quite a stereotype around Muslim girls and them ‘not being able to follow their sporting passions and dreams’.

“I want to be a role model to anyone who wants to do something that they wouldn’t initially believe was in their comfort zone and allow people to follow their aspirations and dreams.”

Her story is the subject of a documentary, Riding A Dream – which today had its fairytale ending.