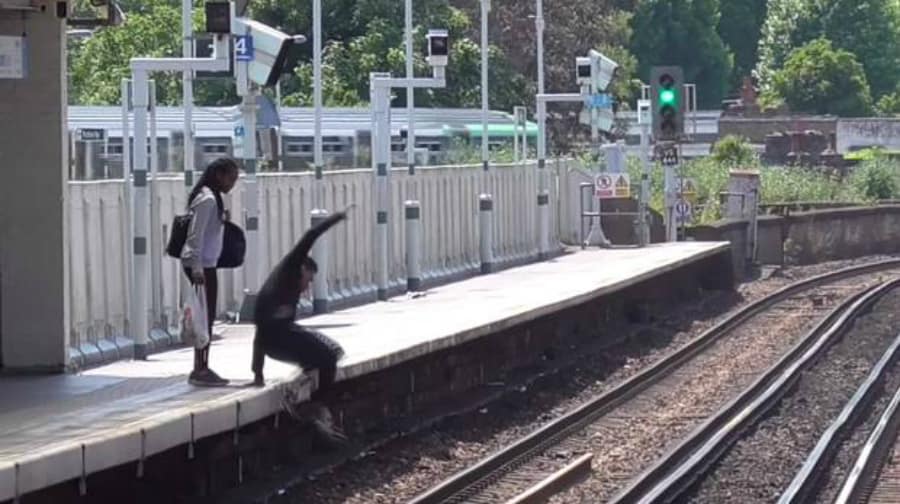 The man captured on a mobile phone jumping on to the tracks at Peckham Rye. Pic: Evening Standard and Felix Johnson

Police have launched an investigation after a man was captured on video jumping down onto train tracks in Peckham – it is thought to retrieve his phone.

The man can be seen looking for the dropped mobile in footage filmed by an onlooker before he hops on to the tracks, to the horror of bystanders at Peckham Rye station on July 4.

A series of expletives can be heard on the video, obtained by the Evening Standard, as eye witnesses look on in disbelief at the dangerous deed.

The British Transport Police (BTP) are now looking into the incident and have issued a warning to other commuters.

“I would like to remind members of the public that the railway line is a hazardous place. I cannot overstate just how dangerous trespassing on the railway is. Trains can approach quietly and, if you are trespassing, often when you do hear an approaching train it can be too late to move out of the way,” said a BTP spokesperson.