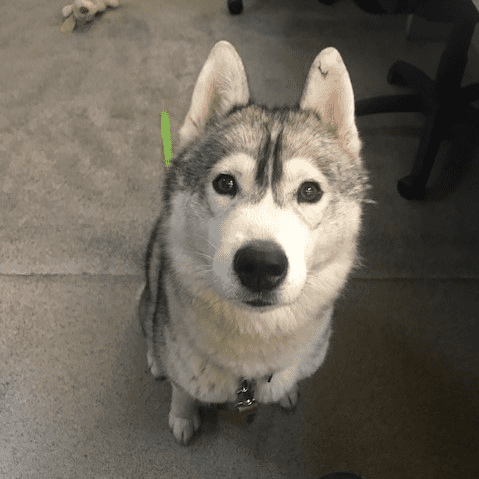 A lost Siberian husky found wandering on train tracks near Nunhead has been reunited with her owners with the help of some detective work by Battersea Dogs and Cats Home.

Two-year-old Kinky was found by a local dog warden dangerously wandering on the tracks of the overground station.

Fortunately unharmed, she was taken to Battersea and scanned for a microchip, but although one had been implanted there were no registered details of her owner.

Luckily, her owners had been in touch with their local dog warden and reported her missing to DogLostUK, and Battersea staff were able to make contact with her family.

Her owner, Audacity Pharos, happily picked her up and told the team the family had recently moved to London from Sicily in Italy.

He said Kinky had an adventurous streak and had gone missing after jumping out a window earlier that day.

Battersea’s centre manager, Steve Craddock, said Kinky’s adventures were a reminder for owners to make sure they microchip and keep their details up to date.

“It’s clear that Kinky has lived a very exploratory life for a young dog, but we hope that now she keeps her intrepid adventures to a minimum.

“Although the process wasn’t straightforward, we’re so happy to reunite Kinky with her owners and get them back on track.

“However, many dogs who come into Battersea without a microchip, or with their chip details out of date, are not so lucky – as it’s often impossible for us to track down their owners.

“I’d urge everyone to make sure that their pets are microchipped with up to date details.

“If they ever go missing, an up to date microchip means that they can be reunited with their owners as soon as possible.”