Southwark is home to the UK 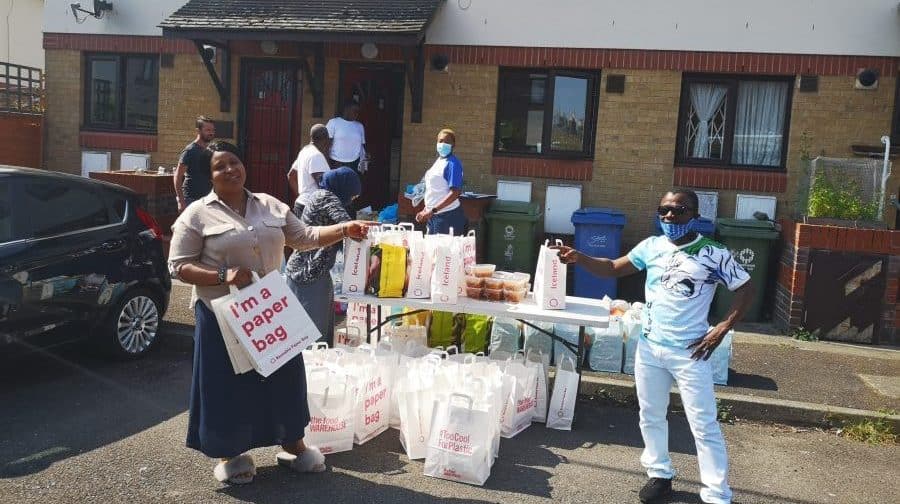 Sierra Leoneans in Southwark have set up a rapid response team to help their community during the Coronavirus pandemic.

Southwark has the UK’s largest populations of people from Sierra Leone, including elderly people who live alone and young families lacking support networks and without other relatives in the UK.

Since March 16 the group of volunteers have received requests to help 90 people from the Sierra Leonean diaspora with basic essentials including hot meals and collecting prescriptions. 70 of them are based in Southwark.

The group, who are all health and social care professionals,  are now carrying out weekly deliveries for 40 residents across London, with six volunteers making phone calls throughout the week to check-in on vulnerable people from the community.

They say around thirty people within their extended network were flown back to the UK last week after becoming stranded in Sierra Leone due to lockdowns and flight cancellations.

The volunteers, who include Bermondsey-based DJ Wahab Seisay, who is also an NHS worker, and lead coordinator Isatta Sisay-Jalloh, help with food, prescriptions and regular supportive phone calls.

They are particularly concerned about the disproportionate impact the disease is having on BAME people and urge anyone who knows a vulnerable Sierra Leonean resident to referral them to the group.

Among those supported are an 82-year-old lady currently living with and caring for her fourteen year old autistic grandson in Camberwell, a woman in her 50s who recently had heart surgery, a family in isolation after the father was hospitalised with confirmed COVID-19, and a woman and her eight-year-old son who has chronic asthma and sickle cell anaemia. This is a laudable move. Every little helps. God will reward you guys.
Abu