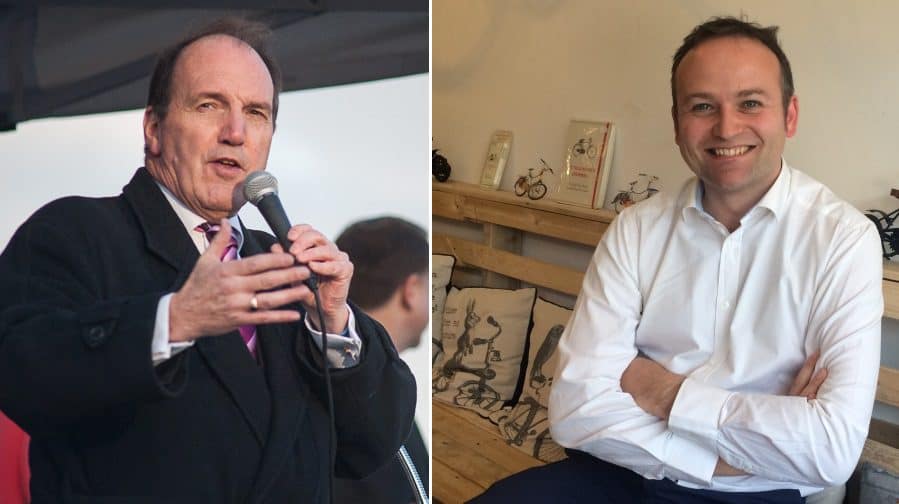 Former Lib Dem MP Simon Hughes has told the News he is determined to ‘win back’ his old constituency from Labour’s Neil Coyle.

Mr Hughes, who was chosen as the Lib Dem’s prospective parliamentary candidate for Bermondsey and Old Southwark last year, told the News he believed his party could win back the seat this year.

His comments came after Prime Minister Theresa May announced a general election for June 8 during a surprise statement at Downing Street on Tuesday morning (April 18).

“We think we can win,” said Mr Hughes, who served as MP for Bermondsey and Old Southwark for 32 years.

“We don’t take it for granted at all but we will pull out all the stops and do everything we can to win and, if we do, it will stand us in good stead for next year and the local council elections, where we think we can win a significant number of seats back and either win back the control of the council or make a big dent.

“The team are really very keen; there’s great excitement in the camp.”

In response, Mr Coyle, who unseated Mr Hughes in a dramatic result during the 2015 general election, said he would be “fighting for every vote”.

“The Lib Dems don’t offer much of an alternative to me. I make no apology for standing up for Bermondsey and Old Southwark.

“Our borough voted for Remain and I have spoken out when I have disagreed with my party [on Brexit] after it has already caused damage to our community and businesses operating here.”

Asked whether a Lib Dem/Tory coalition would be likely, considering the Tories are likely to improve on their current majority, he added: “It looks like the Tories will pick up some seats and the Lib Dems are optimistic about picking up [Tory] seats in the west of England.”

Helen Hayes, Labour MP for Dulwich and West Norwood, said she found it “astonishing” that Theresa May had made “such a dramatic U-turn” on the subject of the general election.

“As a member of the Labour party, we welcome the opportunity to put our manifesto to the country and to put forward an alternative to expose how this Government is failing communities across the country and to be absolutely clear with the Prime Minister that she doesn’t have a mandate for the hard Brexit that she wants to implement.”

Harriet Harman, MP for Camberwell and Peckham, was unavailable for comment, but tweeted shortly after the general election announcement on Tuesday (April 18) to confirm she “will seek nomination [for] Labour Camberwell & Peckham”.

The MP of 34 years told the News in December that she didn’t believe the Prime Minister would call an early election.