"We must all help in whatever way we can. If anyone has any information, photos or videos of the attack, please contact the police as soon as possible" 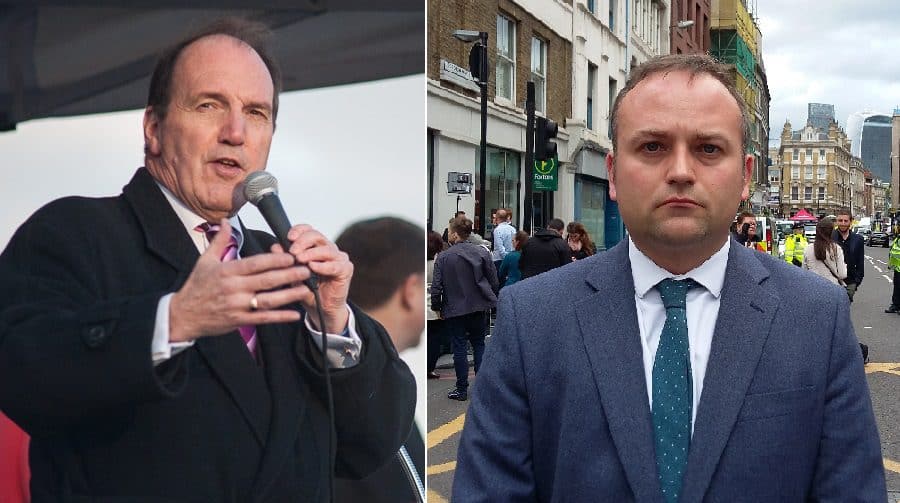 The Liberal Democrat and Labour candidates for Bermondsey and Old Southwark have condemned Saturday night’s terror attack in Borough.

The Lib Dems’ Sir Simon Hughes said the general election “must not be derailed”, as this would have been what the Saturday night terrorists would have wanted.

Standing beside the police cordon in Borough High Street on Sunday, Mr Coyle told the News: “First of all our thoughts are with the families of those who lost their lives and the 28 people in hospital.

“The local and London spirit came through, with people offering free rooms in their hotels and homes, offering to charge phones so those affected to keep in touch with their friends and loved ones.

“There’s something quite special about all those people who wanted to volunteer and all the help put on for those who couldn’t get home.

“The Second World War couldn’t dim the spirit here, and we saw that spirit again that night.

“The police deserve our respect and support. How quickly they intervened, and their work to keep us safe. I would support [The Met] getting more resources or whatever they need to keep us safe.”

Mr Coyle added that he visited the Nasfat Mosque on Sunday – an engagement he already had booked to coincide with their celebration of Ramadan.

“I heard their expression of condemnation of the individuals who carried out these murders. I thought it was important to attend that engagement with them,” Neil said. “Even during Ramadan [the attackers] sought to kill civilians. They are not Muslims.”

The scene at a police cordon in Borough High Street following the attack (Credit: Chiara Giordano)

Via a statement on his website, Mr Hughes said: “Along with all other local residents and visitors, I am angry and sickened by this attack on our wonderful communities here in London Bridge and Borough.

“I condemn these evil acts without reservation. Last night has made us even more aware of the bravery, commitment and dedication of our emergency services.

“Last night will make us even more determined to look after each other.

“Millions will pray today for those killed or injured, for their families and their friends.

“In the near future, we will again need to review national, London and local policies and practice to minimise risk and maximise the chance of preventing future attacks.

“For today, we must all help in whatever way we can. If anyone has any information, photos or videos of the attack, please contact the police as soon as possible.

“My Liberal Democrat colleagues and I immediately suspended all public campaigning in Bermondsey and Old Southwark throughout today [Saturday].

“Democratic activity must not be derailed further this week – as that would be exactly the sort of result wanted by those who value neither democracy nor human life.

“It is at moments when we have been under greatest attack that London and Londoners have shown their greatest strength.

“I have no doubt that we will show our strength and resilience again in the hours and days ahead after the mass murder on Saturday night in the centre of our great city.”