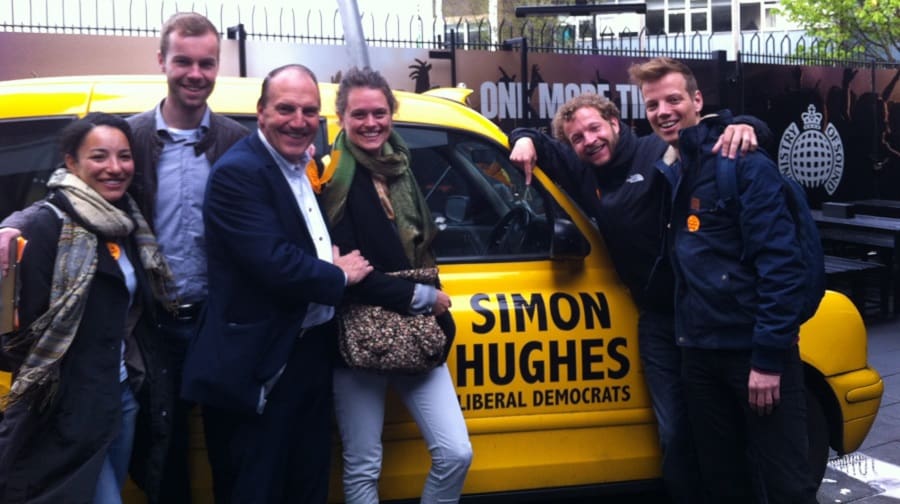 A former Bermondsey MP’s trademark taxi is headed for the scrapheap because it’s no longer environmentally friendly enough.

But now after 37 years of driving different yellow taxis, from duel fuel, petrol, biofuel and diesel, the eye-catching cab will be retired in favour of a green vehicle.

“I will continue to walk, cycle and use public transport whenever possible,” he told the News. “But I will hope to find a good green replacement for my iconic cabs. They did me great service, and I hope did a bit to help to promote the black cab industry at the same time.”

After unsuccessfully contesting the 2017 election in Bermondsey and Old Southwark for the Liberal Democrats, Sir Simon became the Chancellor of London South Bank University – and he’s hoping to use the expertise of their engineering department to find a new motor that is “environmentally good and reasonably priced.”

Bermondsey and Old Southwark has been held by Labour’s Neil Coyle since 2015, who secured a nearly 13,000 majority at the last election.

Among those hoping to take the seat from him next month include Humaira Ali, from the Liberal Democrats, and Andrew Baker for the Conservatives.