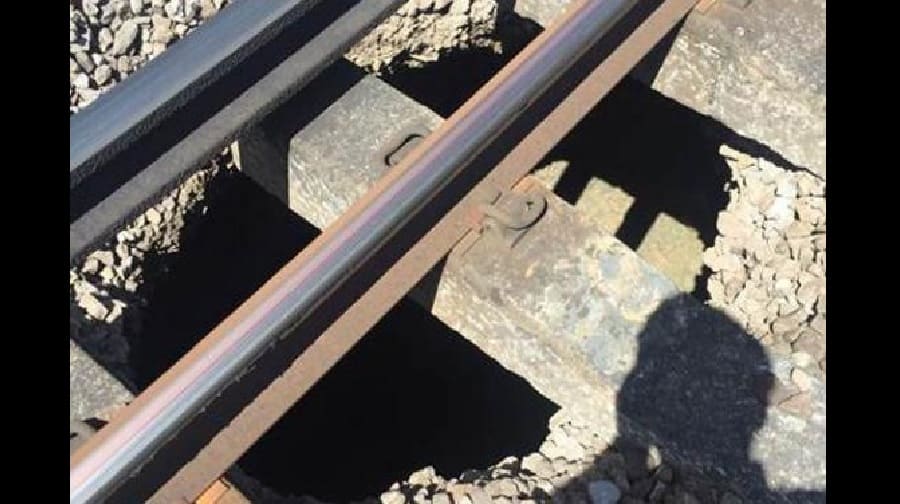 Photo by Network Rail of first sink hole which appeared on the Forest Hill track on July 18.

Commuters have been urged to avoid using London Bridge Railway Station this evening, after a sink hole was discovered under the tracks near Forest Hill station.

All four lines between Norwood Junction and London Bridge will be closed from 10pm tonight, while engineers carry out major repairs, Network Rail said.

Police have been called out to assist with rush hour crowds at several stations after passengers were urged to travel via Victoria and Blackfriars instead.

A Network Rail spokesman said: “[Engingeers] will be working through the evening and throughout the night to try and fix the problem.

“There will be a reduced service this evening from London Bridge as people head home and we would encourage people to seek alternative routes if possible.

“Our aim is to have the railway fixed for tomorrow morning but holes like this can be unpredictable.

“Until the ballast is packed into the hole we won’t know for certain if the hole is stable or not so passengers are advised to check before they travel.”