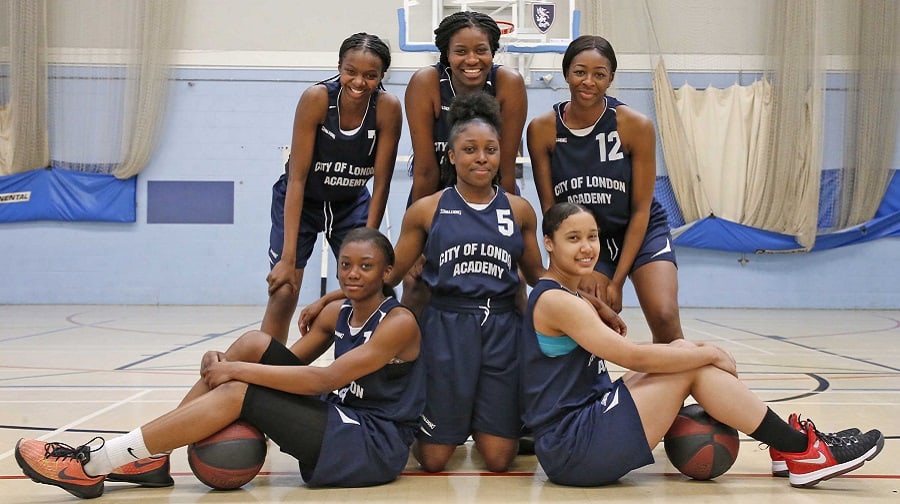 A group of young female basketball players from the same team have secured scholarships at US colleges.

Six members of City of London Academy’s women’s basketball team will head to the States this summer after signing full athletic scholarships to National Collegiate Athletic Association Division One US colleges.

Emerald Ekpiteta, nineteen, studies sociology and religious studies and is committed to Niagara University in New York where she will major in criminal justice.

Toyosi Abiola, eighteen, who only began playing basketball in 2013 at the end of Year 9, will head to Iona College, NY, after completing her studies in English, business and psychology. She will major in business at Iona.

Ibilola Oyedeji, eighteen, who studies sport, business and ICT, has three US schools to choose from.

The winners were presented their award by NBA All-Star and Indian Pacers’ Paul George, who was in town for a NBA London game.

Head coach Jackson Gibbons, named coach of the year by WEABL, said: “The academy’s input into these young players has been essential in aiding their success. This is not a basketball or sports initiative – it’s an academic initiative that involves sport.”

“Behind the success is the dedication to training shown by our women’s and men’s teams on a daily basis while maintaining the highest academic standards. They are an inspiration to us all.

“Our teams play in front of a full-house each week, and when the trophy came home, the whole academy was there to welcome them back.

“It’s no surprise we are known to have the best home crowd in the WEABL and EABL.”