Sixth anniversary celebrations for recognition of Latin Americans in Southwark 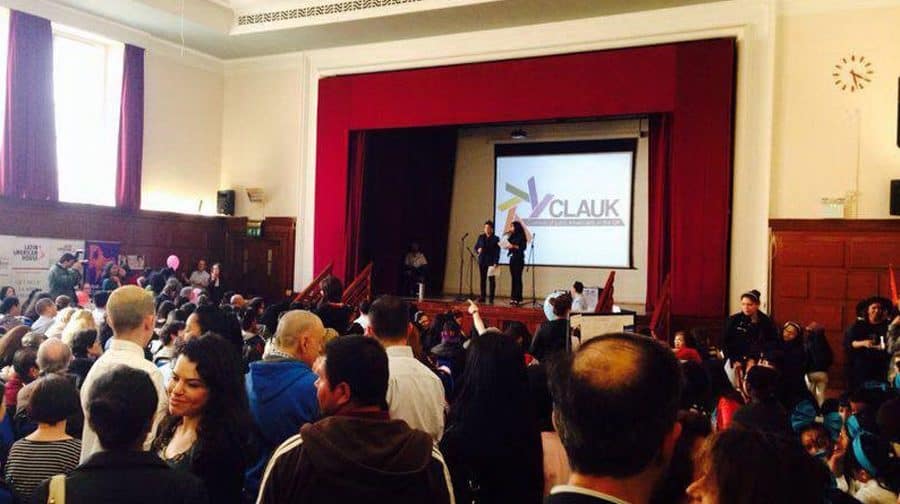 CLAUK at a Recognition event

Founded in 2011, the CLAUK, supported by fourteen Latin American organisations, has been consistently campaigning for the visibility of Latin Americans in the UK, highlighting their contribution to a more diverse, integrated and vibrant city and nation.

In 2012, the CLAUK and Southwark Council formed a successful partnership that made Latin Americans “no longer invisible and is a way to acknowledge their valuable contribution (culture, language, work, taxes) to the British society” says Mónica del Pilar Uribe Marin, managing director and editor-in-chief of The Prisma.

One Latin American resident praised Southwark’s recognition, explaining how they felt a visible part of the community when the category ‘Latin American’ was listed on a hospital form.

The local CLAUK group are holding a celebratory event on Friday, July 6 at 5 pm in the Southwark Council Offices (160 Tooley Street, SE1 2QH). The evening will feature a selection of stalls as well as a number of speakers from some of the fourteen Latin American organisations, NGOs and charities that make up the coalition.

Juan Carlos Piedra, director at The Movement Ecuador in the UK, is looking forward to the event as being a celebration that “represents the recognition to diversity and social, cultural and political contribution of Latin Americans to a more cosmopolitan London.” But the official recognition of Latin Americans does not stop in the borough of Southwark.

Local residents are urging other boroughs to also listen to and identify them as a group and an integral part of the local community.

A Celebration of Latin Americans in Southwark is on Friday, July 6, 5 pm at Southwark Council, 160 Tooley Street, SE1 2QH