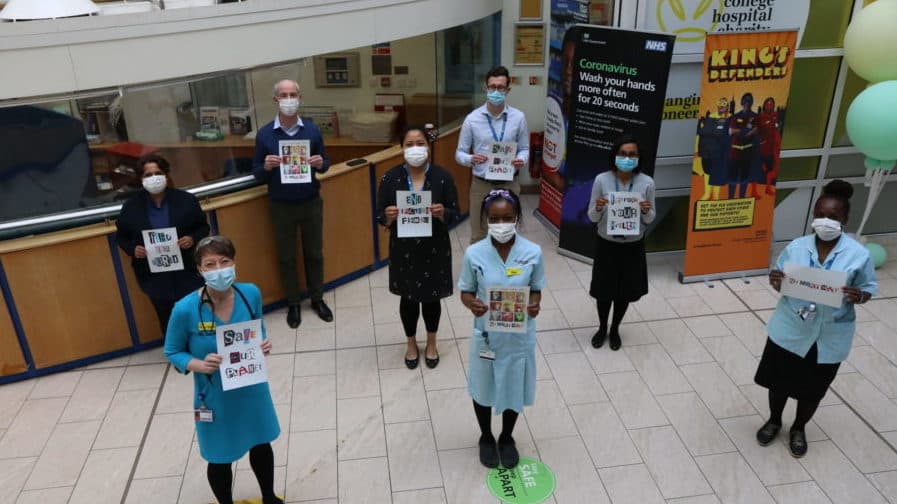 King's staff taking part in No Meat May

Sixty staff members at King’s College Hospital are taking part in ‘No Meat May’ to encourage people to eat more plant based meals.

The initiative is being promoted as part of the trust’s new ‘sustainability strategy’. Three members of the trust’s executive team are among those taking part.

No Meat May, an annual charity campaign backed by Joanna Lumley, has seen a record number of people pledging to give up meat and fish for the whole month.

The charity says many have been inspired by controversial Netflix documentary Seaspiracy, with around 34 per cent of those taking part saying they are most concerned about overfishing.

As well as environmental concerns, the charity is highlighting how eating more plant-based meals can improve our health.

Dr Shireen Kassam, a consultant haematologist at King’s, has encouraged other colleagues to take part in the challenge, saying eating less meat and more plants is one of the best things people can do for their health: “In addition, adopting a vegan diet is one of the most impactful actions we can take as individuals to reduce our carbon footprint and play our part in addressing the climate and ecological crises. It’s actually never been easier.

“Supermarkets, restaurants and public catering all now include vegan options, and a varied, plant-based diet is anything but boring, rather it’s full of abundance and flavour.”

Ryan Alexander, No Meat May’s co-founder, said: “Significant research over many years has shown that eating meat and other animal products is not only hugely damaging to the environment but can increase the risk of developing certain cancers, obesity and reduced life expectancy.

“The Coronavirus pandemic has also served to highlight the link between our over consumption of animals and public health crises.

“Our survey has confirmed that many people are not aware of the impact of their food choices.

“It’s vital that the causes of these big issues are really brought to the attention of the public, so they can make fully informed choices about what they put on their plate.

“We’re delighted that King’s College Hospital has chosen to take part in the campaign as part of their new sustainability strategy.

“We hope that more health professionals and business leaders will be inspired by this move and seek to implement campaigns such as No Meat May in their own corporate responsibility programmes.”

Around 90 per cent of past participants go on to reduce their meat consumption after the challenge ends.