Across the city, 13,000 new cases were confirmed during the last week 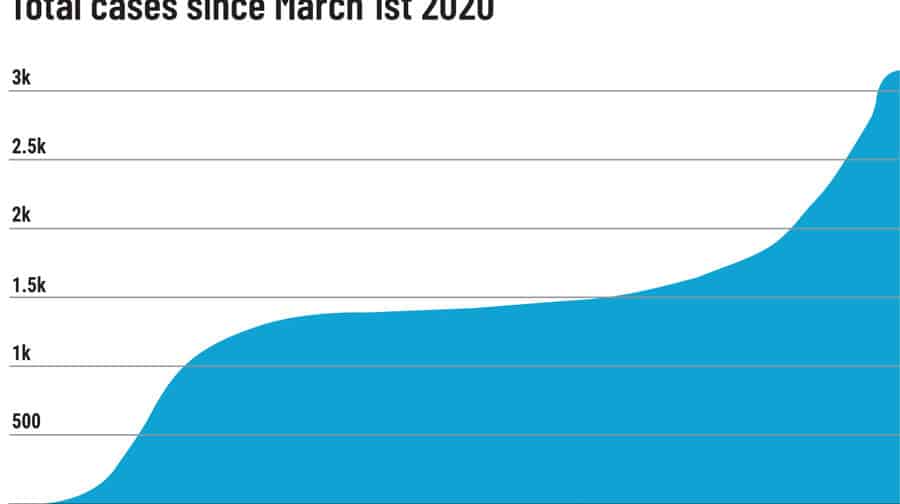 How the number of new infections has risen since March

The number of people to have been diagnosed with confirmed COVID-19 in Southwark has now passed 3,000 since the beginning of the pandemic – with 423 new cases in just one week this month.

Despite this, Southwark is not one of the worst affected boroughs in London, with the centre of the second wave having shifted west; Ealing and Hammersmith and Fulham report the highest weekly rates of infection.  Across the city, 13,000 new cases were confirmed during the last week.

As of 4pm on Tuesday, 3,159 people in Southwark have tested positive since February. During the week ending October 22, Southwark had 423 new cases, a huge jump from 266 new cases recorded the week previously. From mid-October onwards on average 60 people have been testing positive each day in the borough.

On Tuesday, the government confirmed the nationwide daily COVID-19 death toll was the highest since the last week of May, when 422 deaths were recorded on the 27th.

Three hundred and sixty-seven people were reported to have died on October 27, within 28 days of a positive test. A total of 45,365 people have now lost their lives to COVID-19.

According to ONS data, 61,000 deaths in the UK have listed COVID-19 on the death certificate, as a possible contributing factor.

Although the north-west of England continues to bear the brunt of the pandemic – with 113 deaths recorded on Tuesday alone in that region – London is also seeing a rise.

Around a hundred people a day have been admitted to London hospitals in the last week, figures not seen since May. Sixteen deaths were recorded in London on Tuesday – the highest in weeks.