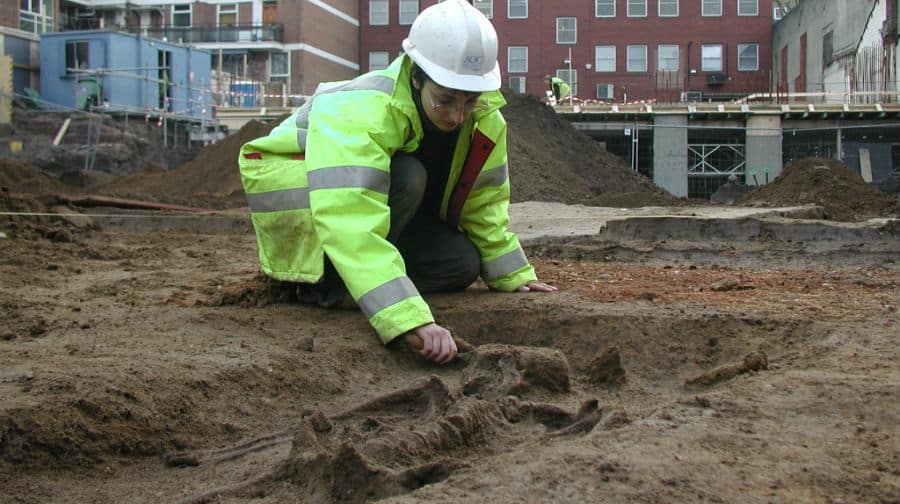 Two skeletons found in a Borough Roman cemetery may be from China and could turn experts’ understanding of Roman London on its head, according to astounded scientists.

The dig in Lant Street unearthed more than twenty sets of human remains from the second and fourth centuries, and through using state of the art techniques, archaeologists were able to examine dental samples to learn more about their origins.

Dr Rebeca Redfern, curator of human osteology at the Museum of London, went on to reveal in an academic paper that two of the skeletons possibly came from China.

She told BBC Radio 4’s The World At One: “This is absolutely phenomenal. This is the first time in Roman Britain we’ve identified people with Asian ancestry and only the third or fourth in the empire as a whole.”

In her article in the Journal of Archaeological Science, she said: “The expansion of the Roman Empire across most of western Europe and the Mediterranean, led to the assimilation and movement of many ethnically and geographically diverse communities.

“Its power and wealth meant that it also had trade connections for raw materials and products, such as silk throughout Europe, Africa and also to the east, including India and China.

“Many people travelled, often vast distances, for trade or because of their occupation, for example in the military, or their social status, for example if they were enslaved.

“It may well be that these individuals were themselves or were descended from enslaved people originating from Asia, as there were slave-trade connections between India and China, and India and Rome.”

The find could mean that trade between Rome and China took place along the famous Silk Road, as well as challenge the view that “Londinium” [the Roman city of London] was relatively homogenous.